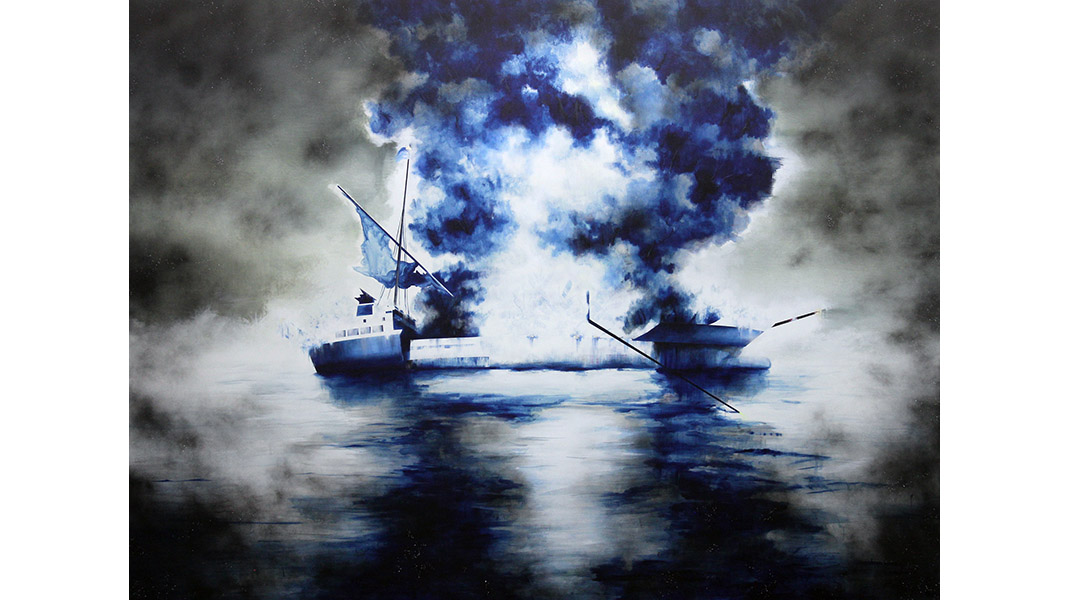 The exhibition takes its title, no existe un mundo poshuracán, roughly translated as ‘a post-hurricane world doesn’t exist,’ from a poem by Puerto Rican poet Raquel Salas Rivera, featured in the exhibition as an artwork. Through painting, video, installation, performance, poetry, and newly commissioned works created for the show, the exhibition looks at the five years since Hurricane Maria to highlight urgent and resonant concerns in Puerto Rico, including the trauma created by fractured infrastructures; the devastation of ecological histories and landscapes; loss, reflection, and grieving; resistance and protest; and an economically-driven migration of Puerto Ricans to the United States during an upswell of American tourism and relocation to the island.” — Whitney Museum of American Art

“The artists in this exhibition challenge us to understand the historical, physical, and political forces that have shaped Puerto Rico, and to see both our own responsibility and vulnerability,” said Adam D. Weinberg, the Alice Pratt Brown Director of the Whitney Museum. “Puerto Rico after Hurricane Maria is a harbinger of things to come for those who are most vulnerable, not just in the Caribbean, but worldwide.”

“no existe un mundo poshuracán proposes that imagining a new Puerto Rico is absolutely and resolutely the purview of artists,” noted Guerrero, who worked in close collaboration with the artists throughout the planning of the exhibition and visited artists’ studios across the continental U.S. and in Puerto Rico. “The future of self-determination is inherently a creative act. Art can be the medium of a post-hurricane, post-austerity, post-earthquake, and post-pandemic world. This exhibition is a call to see the living and an invitation to pay tribute to the dead.”