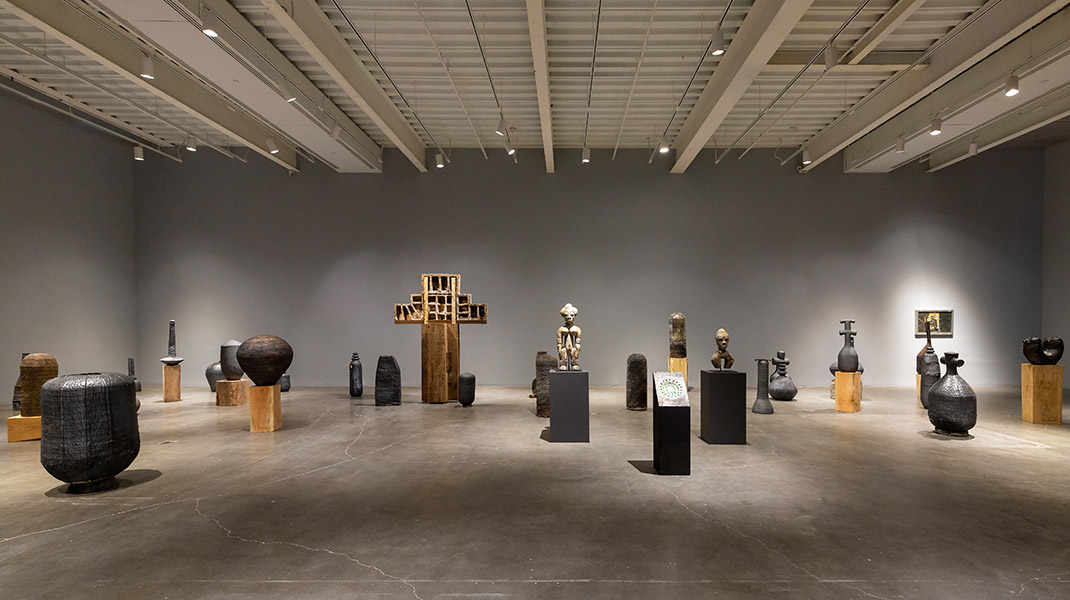 “New Museum presents the first American museum survey exhibition devoted to Theaster Gates, encompassing the full range of the artist’s practice across a variety of media creating communal spaces for preservation, remembrance, and exchange. This landmark exhibition is accompanied by a presentation of newly commissioned works by Vivian Caccuri and Miles Greenberg exploring the relationship between bodies and sound waves.

Taking place across three floors of the museum, this exhibition encapsulates the full range of Theaster Gates’s artistic activities, featuring artworks produced over the past twenty years and site-specific environments created especially for this presentation. Gates has titled the exhibition ‘Young Lords and Their Traces’ in honor of the radical thinkers who have shaped his home city of Chicago and America as a whole. For Gates, collective forms of knowledge are built across objects, images, sounds, movements, and most importantly, through the relationships between people. This survey exhibition will comprise a choreography of works including paintings, sculptures, videos, performances, and archival collections that work together to memorialize both heroic figures and more humble, everyday icons. Gates’s elevation of these quieter sources of knowledge, and his assertion that collecting and archiving are forms not only of preservation but also of devotion and remembrance, have made his work reverberate both locally and internationally.” — New Museum