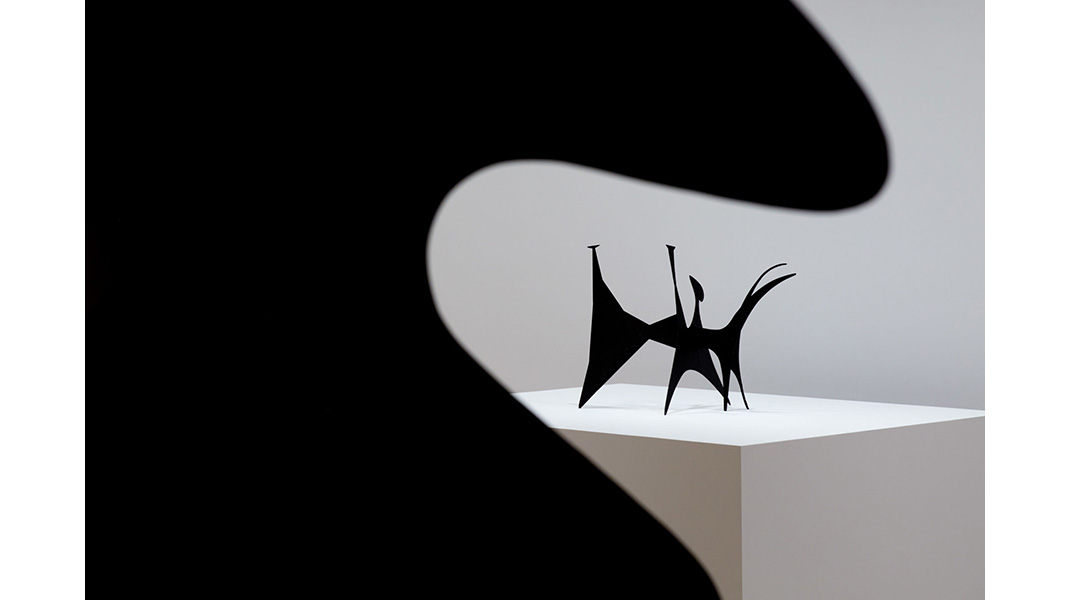 “The Museum of Modern Art presents Alexander Calder: Modern from the Start, a focused look at one of the most well-known and beloved artists of the 20th century through the lens of his relationship with MoMA. Alexander Calder: Modern from the Start includes approximately 70 artworks paired with film, historical photographs, and other archival materials drawn from MoMA’s collection and augmented by key loans from the Calder Foundation, New York. The exhibition is organized by Cara Manes, Associate Curator, with Zuna Maza and Makayla Bailey, Curatorial Fellows, Department of Painting and Sculpture.

The exhibition takes as a point of departure the idea that Alexander Calder (American, 1898– 1976) assumed the unofficial role of the Museum’s ‘house artist’ during its formative years. His work was first exhibited at MoMA in 1930, months after the institution opened its doors, and he was among only a handful of artists selected by the Museum’s founding director, Alfred H. Barr Jr., for inclusion in his two landmark 1936 exhibitions, Cubism and Abstract Art and Fantastic Art, Dada, Surrealism. To inaugurate the then-new Goodwin and Stone Building in 1939, Calder was commissioned to make a hanging mobile for its interior ‘Bauhaus Staircase’; the resulting Lobster Trap and Fish Tail still hangs there today.” — The Museum of Modern Art