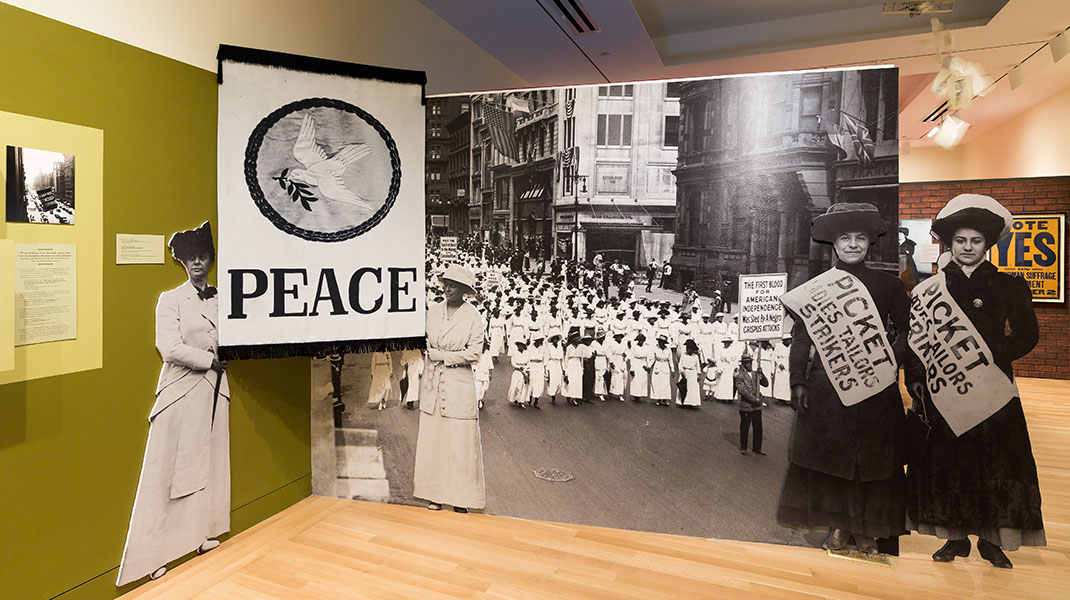 “In the early 20th century, New York City’s Greenwich Village was a unique American hotbed of political, artistic, and social activity. Men and women of all backgrounds crowded its cobbled streets, cheap apartments, clubs, and cafes, drawn by the shared belief that they could change the world. At the heart of their crusade lay women’s rights: the freedom to control their own bodies and minds, to do meaningful work even if they married, and above all, to vote. Building on the work of 19th-century pioneers like Elizabeth Cady Stanton and Susan B. Anthony, the modern suffrage movement drew new energy and inspiration from the simultaneous battles for labor reform, birth control, racial justice, and peace. Bohemian artists and writers transformed the image of suffrage into something new and glamorous, and joined a racially diverse, cross-class coalition to win the vote in New York in 1917. All were animated by the excitement of a new era in New York City, the cultural capital of the nation.” —  Introductory Wall Text