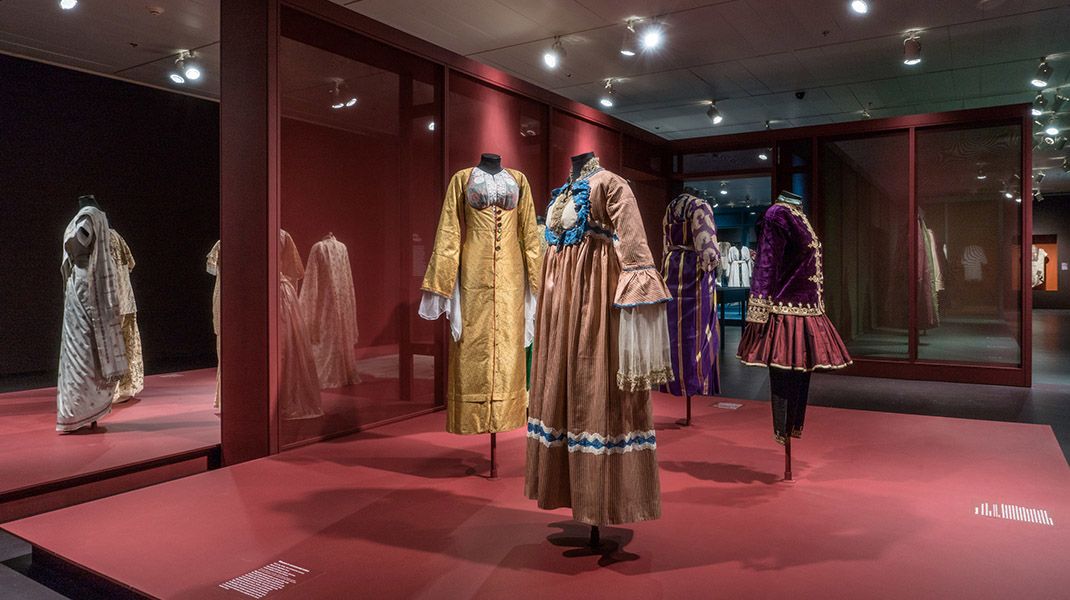 “Clothing is intended to cover our bodies, but it also uncovers. To what extent is our choice of dress freely made, and how do our surroundings affect our decisions? The variety of costumes displayed in this exhibition attests to the diversity of Jewish communities around the globe. In many cases, the clothes worn by Jews were similar or even identical to those worn by non-Jewish neighbors, although at times special features distinguished them from the dominant culture.

This exhibition invites viewers to consider the language of clothing in all its complexity. Though this language can disclose information about gender, age, background, and custom, some important meanings remain vague and fluid. Clothing may accentuate or conceal; it may be transitory, but it may also be ageless and universal. These garments, dating primarily to the nineteenth and early twentieth centuries, are drawn from the Israel Museum in Jerusalem, the repository of the most comprehensive collection of Jewish costume in the world. Its holdings provide a unique testimony to bygone communities, to forms of dress and craft that no longer exist, and to a sense of beauty that still has the power to enthrall.” — Introductory Wall Text

Installation views of Veiled Meanings: Fashioning Jewish Dress, from the Collection of The Israel Museum, Jerusalem. Photos by Jason Mandella.