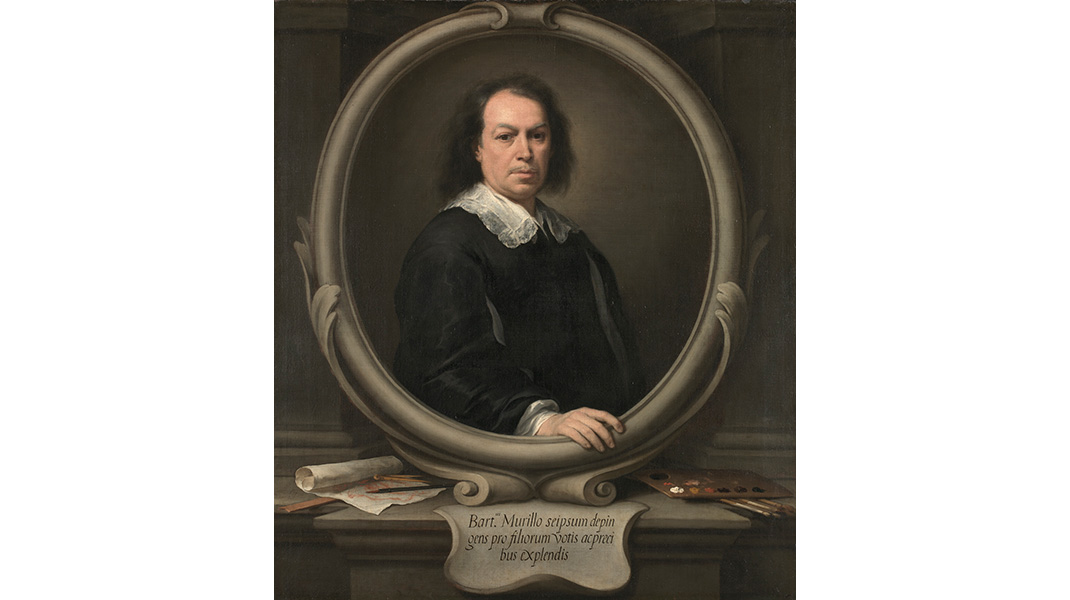 “This year marks the 400th anniversary of the birth of one of the most celebrated painters of the Spanish Golden Age, Bartolomé Esteban Murillo (1617–1682). A number of international exhibitions are planned to pay tribute to the artist’s achievements, the first of which is at The Frick Collection. Murillo: The Self-Portraits is also the only such commemoration occurring in the United States.

Murillo’s career was a successful one, and he painted canvases for the most important patrons and churches in Seville. While the majority of his artistic production was for religious institutions, he also created allegorical and genre scenes. Murillo’s paintings of urchins in the streets of Seville are particularly well known and, together with his Immaculates and other religious images, they remain the artist’s signature works. Less familiar are a number of portraits, both full- and half-length, that Murillo painted of his patrons and friends. Biographers and scholars have paid little attention to this aspect of the artist’s career, and this is the first exhibition dedicated exclusively to the subject. Murillo’s first biographer, Antonio Palomino, described the artist in 1724 as “an eminent portrait painter,” although only about fifteen portraits by or attributed to him (including the two self-portraits) have survived. Five of these are included in the exhibition. Significantly, the painter’s only known self-portraits will be shown together for the first time since they were documented in the 1709 inventory of his son Gaspar’s art collection.” — The Frick Collection