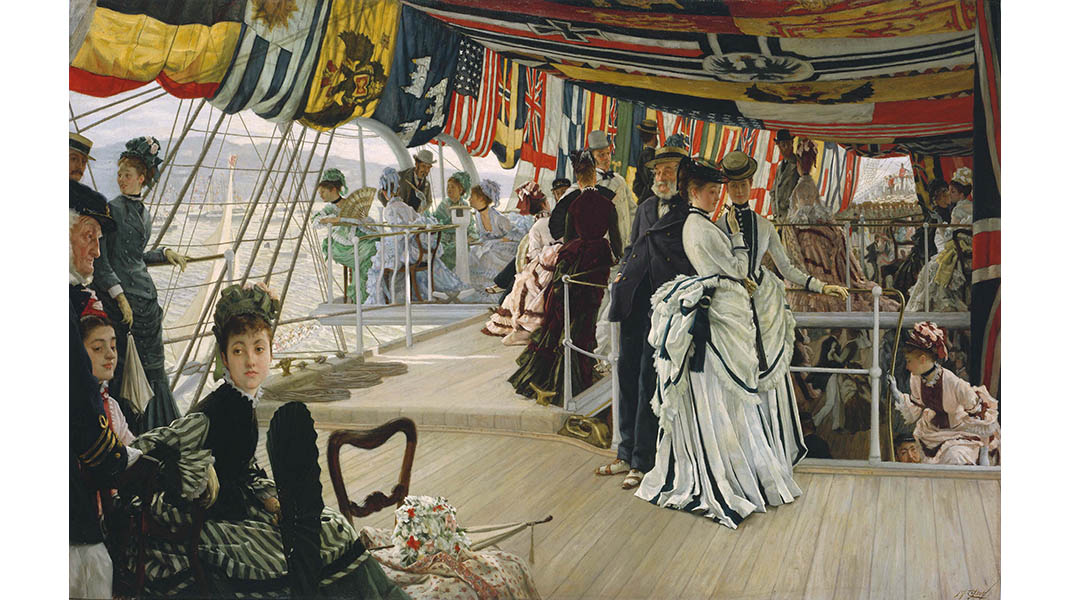 “Tate Britain brings together over 100 beautiful works by Monet, Tissot, Pissarro and others in the first large-scale exhibition to chart the stories of French artists who sought refuge in Britain during the Franco-Prussian War. The EY Exhibition: Impressionists in London, French Artists in Exile (1870-1904) maps the artistic networks they built in Britain, considers the aesthetic impact London had on the artists’ work, and presents instantly recognisable views of the city as seen through French eyes.

The EY Exhibition: Impressionists in London looks at French painters’ keen observations of British culture and social life, which were notably different to the café culture found in Paris. Evocative depictions of figures enjoying London parks such as Pissarro’s Kew Green 1892 are shown, that were in stark contrast to formal French gardens where walking on the grass was prohibited. Scenes of regattas fringed with bunting as painted by Alfred Sisley and James Tissot in The Ball on Shipboard c.1874 are also displayed, demonstrating how British social codes and traditions captured the imagination of the Impressionists at the time.” — Tate Britain

The EY Exhibition: Impressionists in London, French Artists in Exile (1870-1904) is curated by Dr. Caroline Corbeau-Parsons in collaboration with the Petit Palais and Paris Musées.