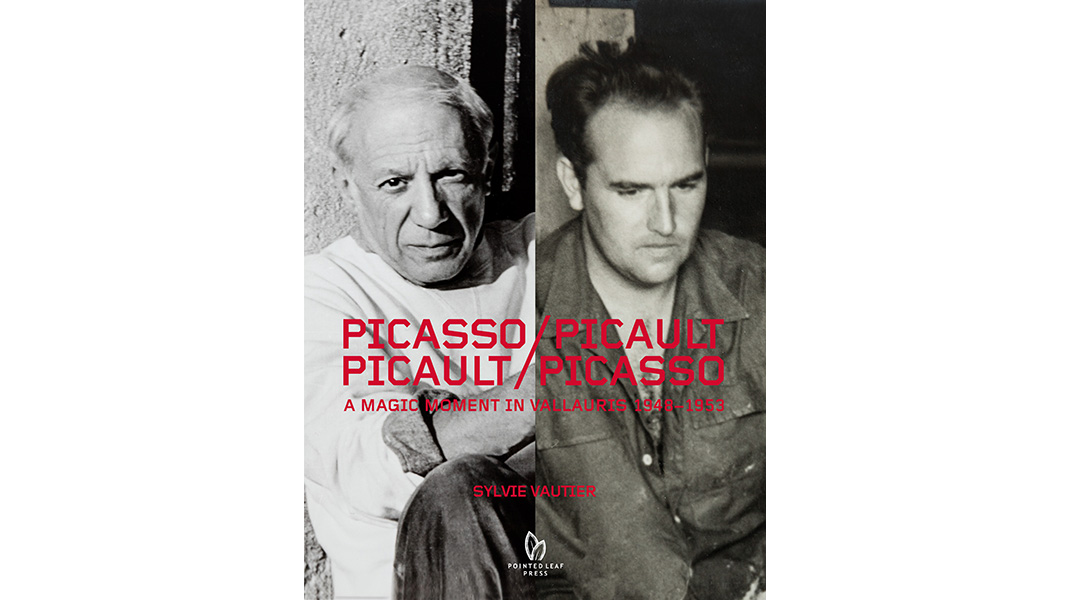 “Picasso / Picault, Picault / Picasso: A Magic Moment in Vallauris 1948-1953 is an intimate look at the friendship between ceramicist Robert Picault and Pablo Picasso. Following the war, in an effort to leave a wrecked Paris, a group of artists, including Picasso, went to the coastal town of Vallauris. There he met Picault and the two formed a lasting friendship while collaborating artistically for several years. Examining Picault’s pottery and production as well as the short films Picasso made and Picault photographed through unpublished documents and photographs – the book shows this idyllic moment.” — Pointed Leaf Press