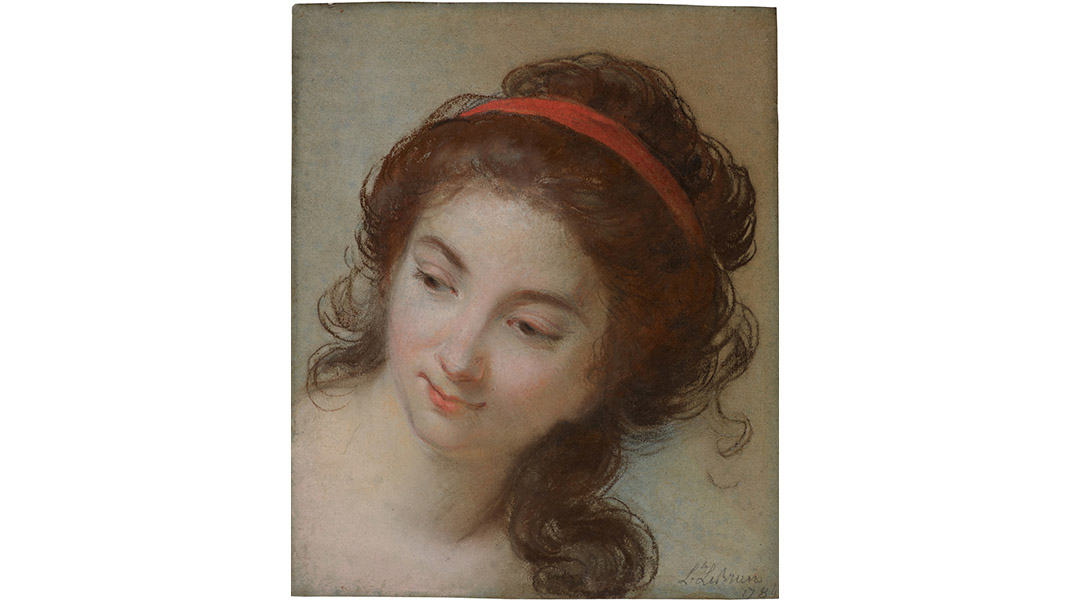 “The major fall exhibition at Frick Madison (the temporary home of The Frick Collection during renovation of its historic buildings) presents the largest and most significant promised gift of drawings and pastels in the institution’s history. Assembled by Elizabeth ‘Betty’ and Jean-Marie Eveillard, avid collectors of drawings and pastels, the exhibition includes European works ranging in date from the end of the fifteenth century to the twentieth century and representing artists working in France, Britain, Italy, Spain, and the Netherlands. The twenty-six works include some of the couple’s finest acquisitions: eighteen drawings, five pastels, two prints, and one oil sketch. Along with preparatory figurative sketches and independent studies and portraits are two vivid landscape scenes. Artists represented come from the same schools that attracted Henry Clay Frick as a collector, many of whom are represented in the permanent collection: François Boucher, Edgar Degas, Jean-Honoré Fragonard, Francisco José de Goya y Lucientes, Thomas Lawrence, and Jean-François Millet. The gift also introduces to the museum’s holdings works by artists not previously represented, including Gustave Caillebotte, Maurice Quentin de La Tour, Jan Lievens, John Singer Sargent, and Elisabeth Vigée Le Brun.” — Frick Collection

The Eveillard Gift is organized by Xavier F. Salomon, the Frick’s Deputy Director and Peter Jay Sharp Curator; Curator Aimee Ng; and Giulio Dalvit, Assistant Curator of Sculpture, and will be accompanied by a catalogue and public programs.

Comments Salomon, “We are thrilled to share examples from the remarkable collection of two longtime supporters of the Frick, assembled just as our own holdings have been, according to criteria of beauty, quality, and condition. The Eveillards describe themselves as ‘emotional collectors,’ meaning that every work they have acquired spoke deeply to them. We hope this presentation of their transformative gift will engage our visitors as deeply.”