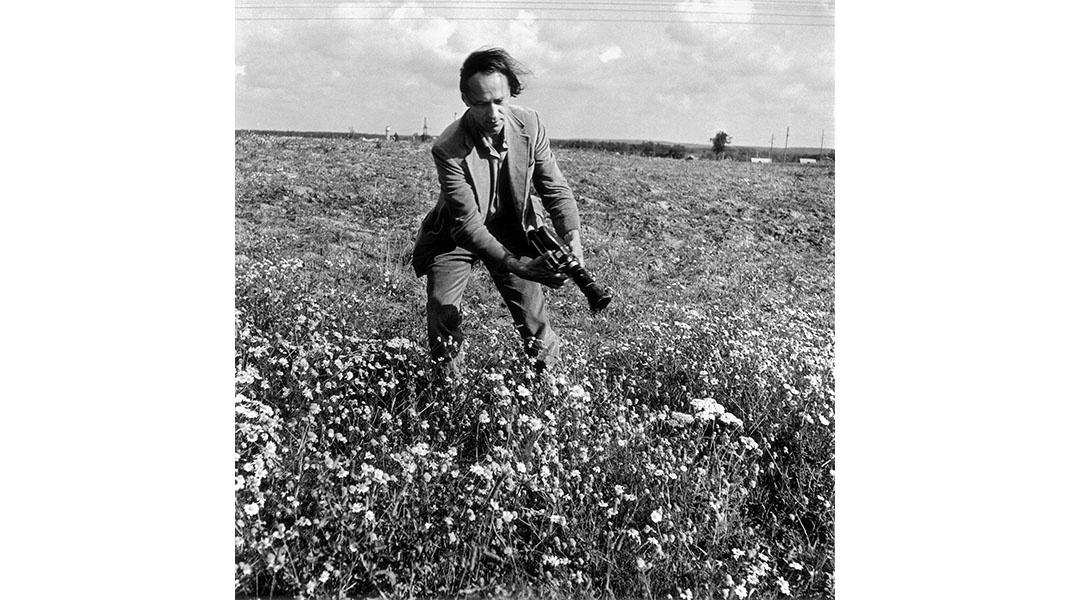 “The Jewish Museum presents Jonas Mekas: The Camera Was Always Running, the first U.S. museum survey of the Lithuanian-born filmmaker, poet, critic, and institution-builder who helped shape the avant-garde in New York City and beyond. The exhibition coincides with the centennial of Mekas’s birth and surveys his 70-year career. It includes 11 films, photography, and previously unseen archival materials that explore the breadth and import of Mekas’s life, art, and legacy in the field of the moving image. During the final moments of World War II in 1944, Mekas was forced to flee his native Lithuania and unable to return until 1971. The relationship between exile and creativity is always at the heart of his work and is the exhibition’s central theme.” — Jewish Museum

“Jonas Mekas is widely recognized as the preeminent maker and promoter of the New American Cinema— a radical genre of filmmaking that erupted in the 1960s, and whose makers examined upturned norms of sexuality, gender, and labor,” states Taxter. “A lodestar in the history of the postwar American avant-garde, Mekas’s lifelong commitment to cultural and artistic movements outside the mainstream brought together and forged creative alliances amongst generations of artists working in diverse mediums.”