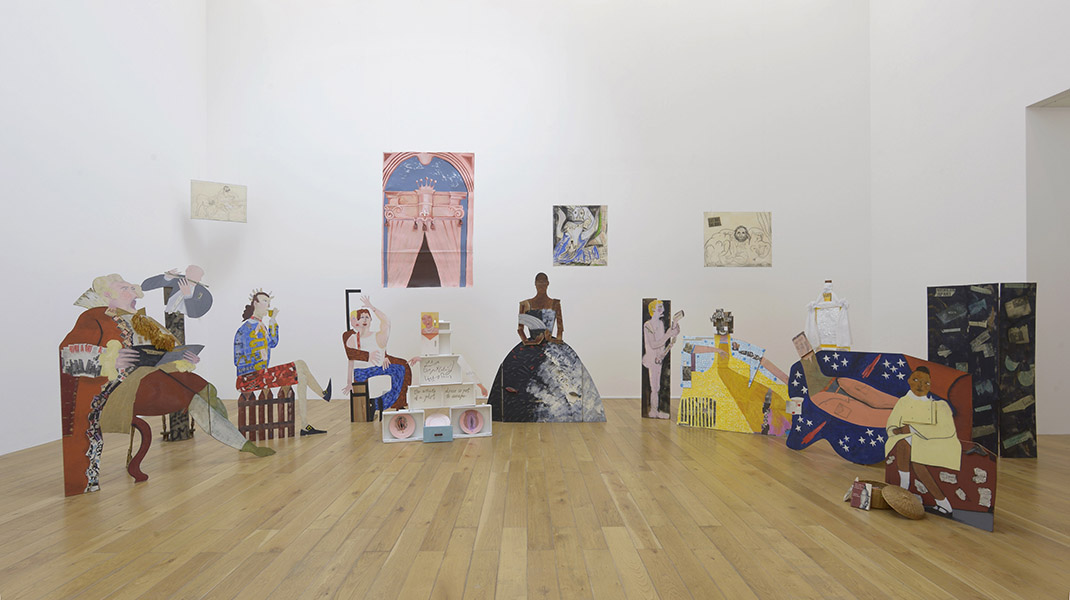 “Over four decades, Lubaina Himid’s powerful and poetic work has made her an increasingly influential figure in contemporary art – from her pivotal role in the British Black arts movement of the 1980s to winning the Turner Prize in 2017. Tate Modern presents Himid’s largest solo exhibition to date, incorporating new paintings and significant highlights from across her remarkable career. Taking inspiration from the artist’s interest in opera and her training in theatre design, the show unfolds across a sequence of scenes which put the visitor centre-stage. Through a series of questions placed throughout the exhibition, Himid asks us to consider how the built environment, history, personal relationships and conflict shape the lives we lead.

Presenting over 50 works that bring together painting, everyday objects, poetic texts and sound, the exhibition offers a rare chance to experience the breadth of Himid’s influential career. Early installations including the well-known A Fashionable Marriage 1984 enter into a dialogue with recent works such as her series of large format paintings Le Rodeur 2016-18, while new paintings created during lockdown go on public display for the first time.” — Tate Modern

Himid says: “I have always thought of my work as starting when people get to see it. For me nothing starts until then.”