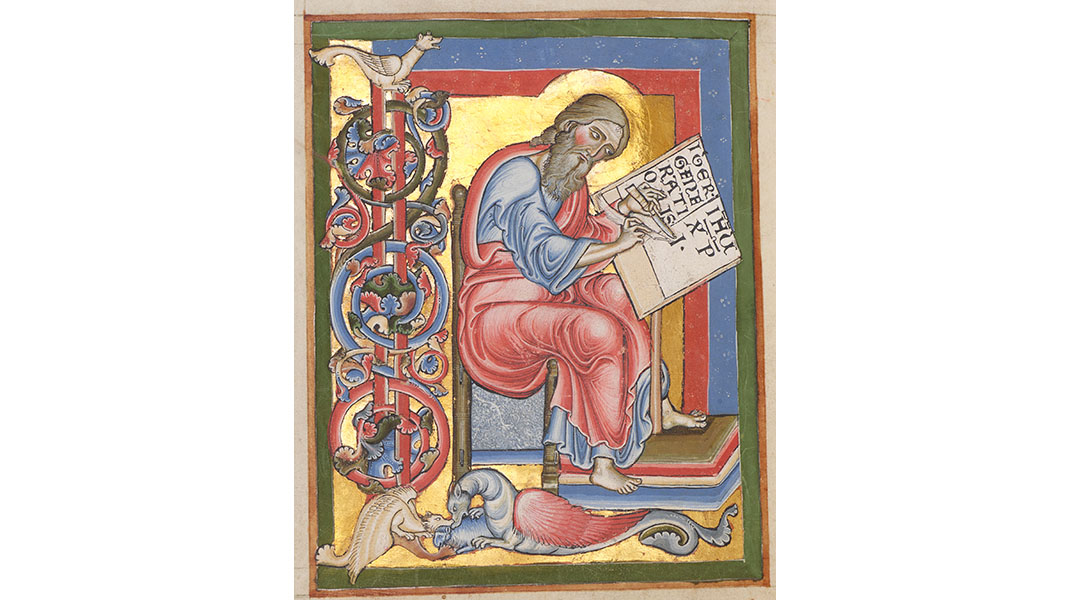 “The Morgan Library & Museum proudly presents Imperial Splendor: The Art of the Book in the Holy Roman Empire, ca. 800–1500. The exhibition offers a sweeping overview of manuscript production in the Holy Roman Empire, one of the most impressive chapters in the history of medieval art. Rarely seen by the general public, these illuminated manuscripts are among the most luxurious works of art from the Middle Ages. Designed to edify, to entertain, and above all to embody the sacred, these manuscripts and their spectacular illuminations retain the ability to dazzle and inspire modern audiences just as they did those of the Middle Ages.

The first major presentation of this subject in the English-speaking world, Imperial Splendor brings together some seventy manuscripts from collections across the country. Arranged chronologically, the exhibition’s three sections focus on different thematic points. ‘Imperial Networks’ examines the precedents set by Carolingian and Ottonian Emperors, devoting attention to the development of a visual rhetoric of power. ‘Imperial Monasteries’ demonstrates the important role of monasteries in the production of manuscripts as well as the closely related issue of aristocratic patronage. The final section, ‘Imperial Cities,’ takes visitors on a tour of important urban centers in the fourteenth and fifteenth centuries, from Vienna and Prague to Cologne and Nuremberg. This final stop includes a consideration of the impact of Albrecht Dürer (1471–1528) and humanism on the arts of the book.” — The Morgan Library & Museum

Joshua O’Driscoll, Ph.D., the Morgan’s Assistant Curator of Medieval and Renaissance Manuscripts and co-curator of the exhibition, said, “Imperial Splendor builds on one of the great strengths of the Morgan’s renowned holdings of illuminated manuscripts: its collection of Central European manuscripts, long acknowledged as one of the finest outside the German-speaking world. The exhibition also features important manuscripts from collections across the country, including institutions in Los Angeles, Chicago, Cleveland, Baltimore, and Philadelphia. In many instances, it marks the first time that related manuscripts from these collections have been brought together.”

Jeffrey F. Hamburger, Kuno Francke Professor of German Art and Culture at Harvard University and co-curator of the exhibition, said, “Collections across the United States hold a great wealth of illuminated manuscripts from Central Europe, material that by its nature is often hidden from view. For the first time, this exhibition brings together many of the most important to present an overview of the illustrated book across the entire span of the European Middle Ages, from the eighth century right up to the Reformation. These books were intended to dazzle, awe, and instruct anyone privileged enough to view them—and to this day they still do.”