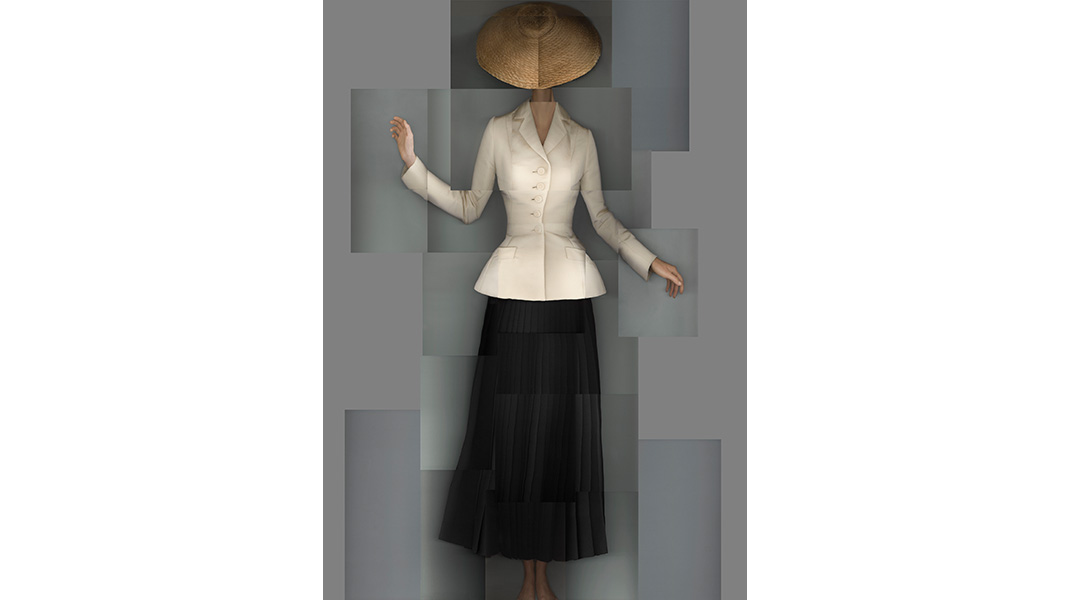 “Christian Dior: Designer of Dreams explores the more than seventy-year history of the House of Dior with over two hundred haute couture garments as well as photographs, archival videos, sketches, vintage perfume elements, accessories, and works from the Brooklyn Museum’s collection. Presented in the Museum’s magnificent 20,000-square-foot Beaux-Arts Court, designed by McKim, Mead & White in 1893, Christian Dior: Designer of Dreams is based on major exhibitions held at the Musée des Arts Décoratifs, Paris, in 2017, the Victoria and Albert Museum, London, in 2019, and the Long Museum West Bund, Shanghai, in 2020. The exhibition is curated by Dior scholar Florence Müller, Avenir Foundation Curator of Textile Art and Fashion, Denver Art Museum, in collaboration with Matthew Yokobosky, Senior Curator of Fashion and Material Culture, Brooklyn Museum.

With objects drawn primarily from the Dior archives, the exhibition includes a vast array of haute couture garments that exemplify many of the French couturier’s fabled silhouettes, including the ‘New Look,’ which debuted in 1947, just months before Dior would travel to the United States and open the Christian Dior New York branch. With his designs widely photographed and featured in leading publications, Dior became one of the world’s most recognized names in fashion. The exhibition also brings to life Dior’s many sources of inspiration—from the splendor of flowers and other natural forms to classical and contemporary art—that would influence the designers at the House of Dior for decades. A toile room, a tribute to the Ateliers, and adjacent galleries of couture garments showcase the excellence of Dior’s petites mains. The central atrium of the Beaux-Arts Court has been redesigned as an enchanted garden, and a concluding gallery showcases many celebrated dresses worn by movie stars from Grace Kelly to Jennifer Lawrence.” — Brooklyn Museum

Florence Müller, Avenir Foundation Curator of Textile Art and Fashion, Denver Art Museum, says, “As early as 1947, with his celebrated ‘New Look’ collection, Christian Dior transformed his sudden name recognition into the international expansion of his House, becoming a precursor of contemporary globalized fashion. The opening of the first New York branch, in 1948, was a prelude to this worldwide fame. Following on from the presentation of Christian Dior: Designer of Dreams in Paris and London, the new exhibition at the Brooklyn Museum pays tribute to this unique historic fashion adventure initiated between Paris and New York.”

“The Brooklyn Museum has a long record of recognizing important contributions in the history of fashion design, from The Story of Silk (1934) to the groundbreaking Of Men Only (1976) to the recent Pierre Cardin: Future Fashion (2019) and now Christian Dior: Designer of Dreams. Each exemplifies the power of fashion to influence and shift visual culture at large,” says Matthew Yokobosky, Senior Curator of Fashion and Material Culture, Brooklyn Museum. “Today, the work of Maria Grazia Chiuri has reshaped the Dior dream for a new generation, with a worldview that brings with it inclusivity and respect as key philosophical directives. We couldn’t be more excited to present these innovative, beguiling—and technically outstanding—designs to our audiences.”