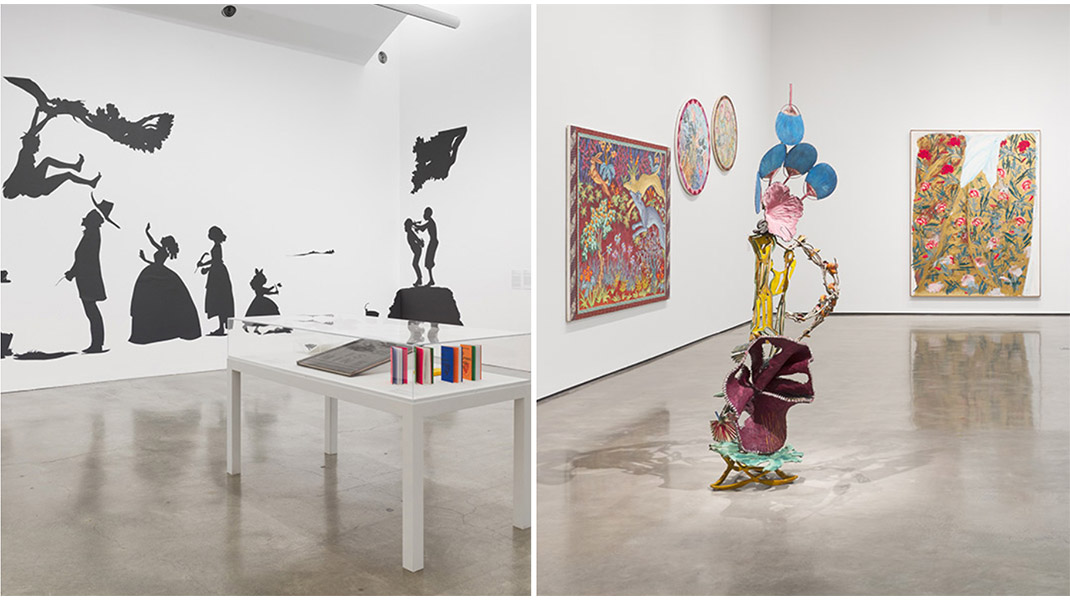 Closer to Life: Drawings and Works on Paper in the Marieluise Hessel Collection

“The exhibition of over 75 drawings and works on paper spans more than four decades of collecting by philanthropist, Marieluise Hessel, who co-founded the Center for Curatorial Studies in 1990.  Closer to Life tracks a lifetime of collecting that spans periods of Hessel’s life spent in Germany, Mexico and the United States. Accompanied by a fully illustrated catalog that documents the entire collection of more than 300 works on paper, the exhibition presents highlights that reverberate with questions of gender, sexuality, race and politics often through personal expression and individual concerns. Revisiting different artistic periods and contexts, the exhibition draws out both contrasts and comparisons between artists, modes of representation and the continuing vitality of drawing (and paper) as an artistic medium.” — Hessel Museum of Art

“The title of the exhibition Closer to Life refers to the intimacy of the act of drawing itself. The works on view, which extend beyond drawing per se, echo this sense of intimacy in the issues that they confront, and speak to the continuing vitality of works on paper as an artistic medium,” said Tom Eccles, Closer to Life co-curator and CCS Bard Executive Director. “This marks the first time CCS Bard has conducted an in-depth survey of these works on paper from the Hessel collection, which Marieluise has and continues to be so drawn to for their complexity and personal expression.”

Closer to Life is curated by Tom Eccles and Amy Zion.

With Pleasure: Pattern and Decoration in American Art 1972–1985

“The exhibition marks the first large-scale North American survey of the groundbreaking women-led Pattern and Decoration (P&D) movement of the 1970s and ’80s, showcasing major works from the Hessel Collection alongside significant loans to trace the movement’s reach in postwar American art.

With Pleasure examines the Pattern and Decoration movement’s defiant embrace of forms traditionally coded as feminine, domestic, ornamental, or craft-based and thought to be categorically inferior to fine art. This expansive exhibition traces the movement’s broad reach in postwar American art by including artists widely regarded as comprising the core of the movement, such as Valerie Jaudon, Joyce Kozloff, Robert Kushner, Kim MacConnel, and Miriam Schapiro; artists whose contributions to Pattern and Decoration have been under recognized, such as Merion Estes, Dee Shapiro, Kendall Shaw, and Takako Yamaguchi; as well as artists who are not normally considered in the context of Pattern and Decoration, such as Emma Amos, Billy Al Bengston, Al Loving, and Betty Woodman.” — Hessel Museum of Art

With Pleasure: Pattern and Decoration in American Art 1972–1985, originally on view at MOCA Grand Avenue, is organized by Anna Katz, Curator, with Rebecca Lowery, Assistant Curator, The Museum of Contemporary Art, Los Angeles.