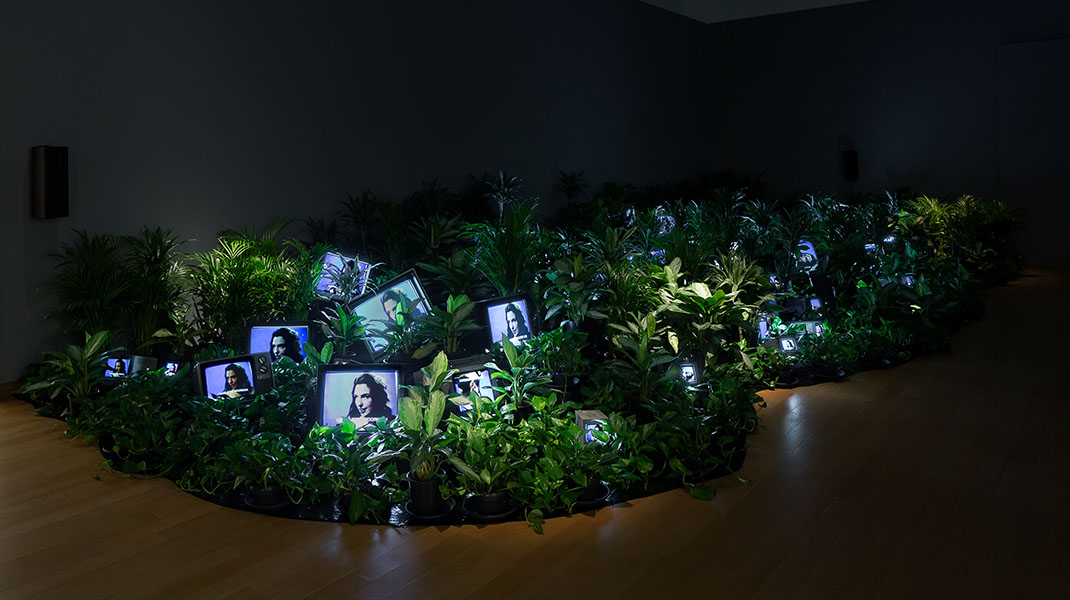 “The San Francisco Museum of Modern Art (SFMOMA) will present the exclusive U.S. exhibition of Nam June Paik, a major retrospective of Paik’s radical and experimental art. One of the first truly global artists, Paik (1932–2006) foresaw the importance of mass media and new technologies, coining the phrase ‘electronic superhighway’ in 1974 to predict the future of communication in an internet age. The exhibition will celebrate his multidisciplinary and collaborative practice that encompassed art, music, performance and technology, all in dialogue with philosophies and traditions from both Eastern and Western cultures.

Bringing together over 200 works across all media spanning a five-decade career, from early compositions and performances to large-scale video installations and global satellite projects, Nam June Paik offers an in-depth understanding of the artist’s trailblazing practice. Paik’s innovative, irreverent and entertaining works were informed by his musical background and his vision of an interconnected future. Organized by SFMOMA and Tate Modern, London, with additional presentations at the Stedelijk Museum Amsterdam and the National Gallery Singapore, the retrospective will be the first major Paik show in the U.S. in over 20 years and the first ever largescale survey of his work on the West Coast.” — San Francisco Museum of Modern Art

“Nam June Paik is famous for being the historic father of video art, but his groundbreaking and contemporary influence is even more based on his crossover between all media,” said Rudolf Frieling, curator of media arts at SFMOMA. “Paik’s radical visual and musical aesthetic has a natural home here on the West Coast as a place for global connectivity.”