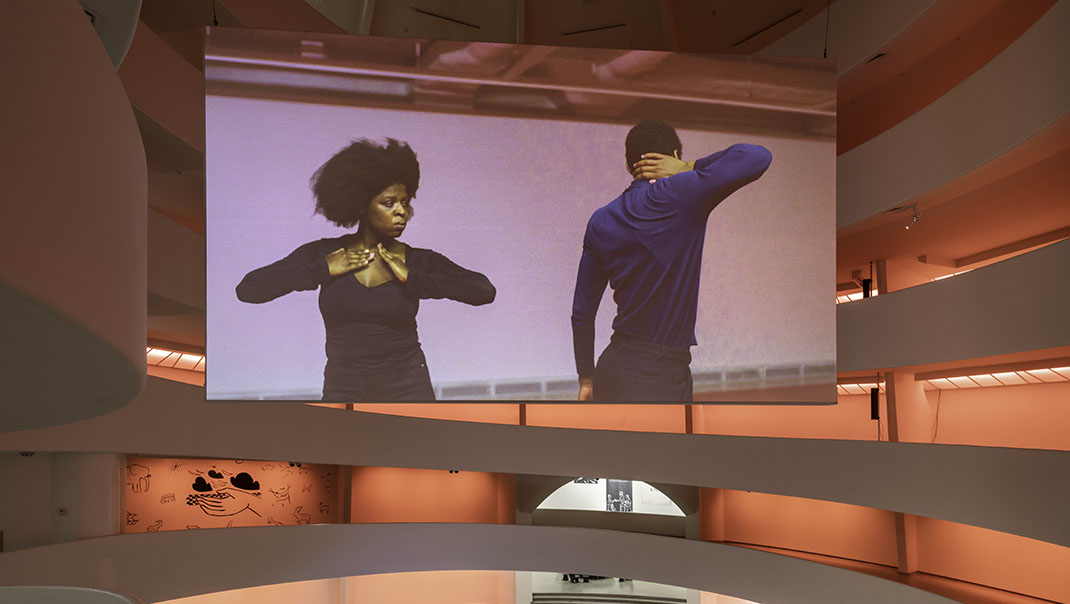 Christian Nyampeta: Sometimes It Was Beautiful

“From April 30 through June 21, the Solomon R. Guggenheim Museum presents the exhibition Christian Nyampeta: Sometimes It Was Beautiful. Inspired by Senegalese writer and film director Ousmane Sembène’s idea of cinema as a collective learning environment, artist, filmmaker, and writer Christian Nyampeta transforms the Guggenheim’s rotunda into a venue for collective feeling and cooperative thinking. With his 2018 film Sometimes It Was Beautiful as the centerpiece, the immersive installation comprises film, audio, videos and drawings. This project explores proposals for reimagining the earth as a whole and a shelter for all who inhabit it.” — Solomon R. Guggenheim Museum

Christian Nyampeta: Sometimes It Was Beautiful is part of the exhibition program Re/Projections: Video, Film, and Performance for the Rotunda, March 19-September 6, 2021

“From May 7–October 11, 2021, an exhibition of new and recent works by artist Deana Lawson, winner of the Hugo Boss Prize 2020, is on view at the Solomon R. Guggenheim Museum. Lawson’s presentation includes large-scale photographs and holograms. In addition, the museum is producing a film exploring Lawson’s practice that will be released in the early fall. Selected by a jury of international critics and curators, Lawson is the thirteenth artist to receive the biennial prize, which was established in 1996 to recognize significant achievement in contemporary art. Since the inception of the award, the associated solo exhibitions have offered an open platform for artists to present projects that realize their current creative thinking, and have formed an anchor of the Guggenheim’s contemporary program.” — Solomon R. Guggenheim Museum