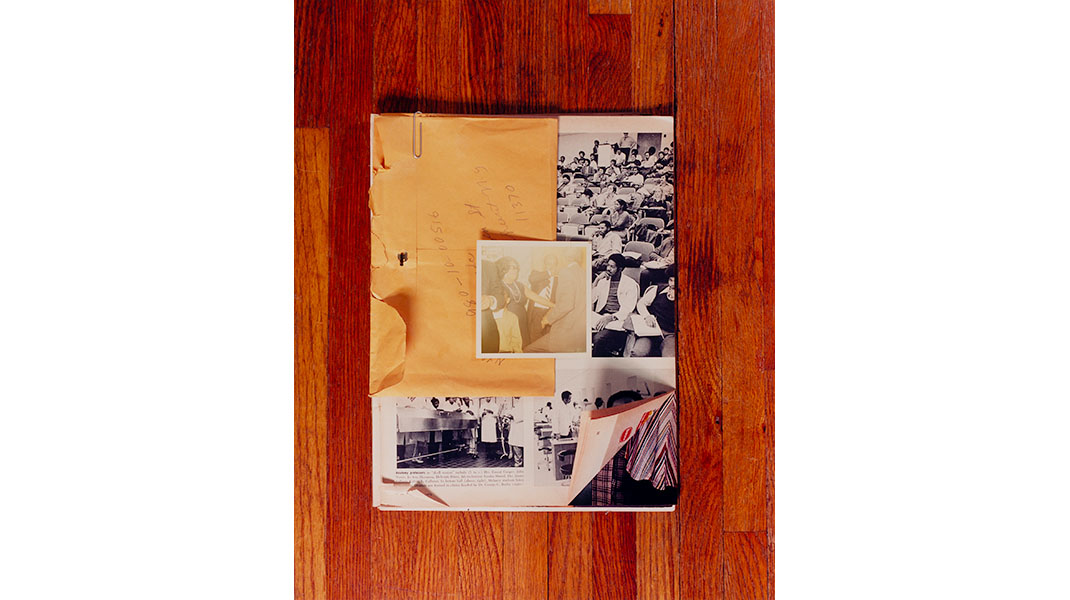 Historical, documentary, state, and other records became the collectively accepted communicators of ‘truth’ through their perceived objectivity and comprehensiveness. They presumably tell a story from a place of remove, with all relevant details included. Off the Record confronts this pretense, bringing together the work of contemporary artists who interrogate, revise, or otherwise query dominant narratives and the transmission of culture through official ‘records.’

Drawn from the context of journalist reportage, the phrase ‘off the record’ here refers to accounts that have been left out of mainstream narratives. The exhibition’s title can also be understood in its verb form: to undermine or ‘kill’ the record as a gesture of redress. Across various manipulations of ‘records,’ artists in this exhibition seek to call out the power dynamics obscured by official documentation, complicate the idea of objectivity and truth, and surface new narrative possibilities.” — Solomon R. Guggenheim Museum

Off the Record was organized by Ashley James, Associate Curator, Contemporary Art.