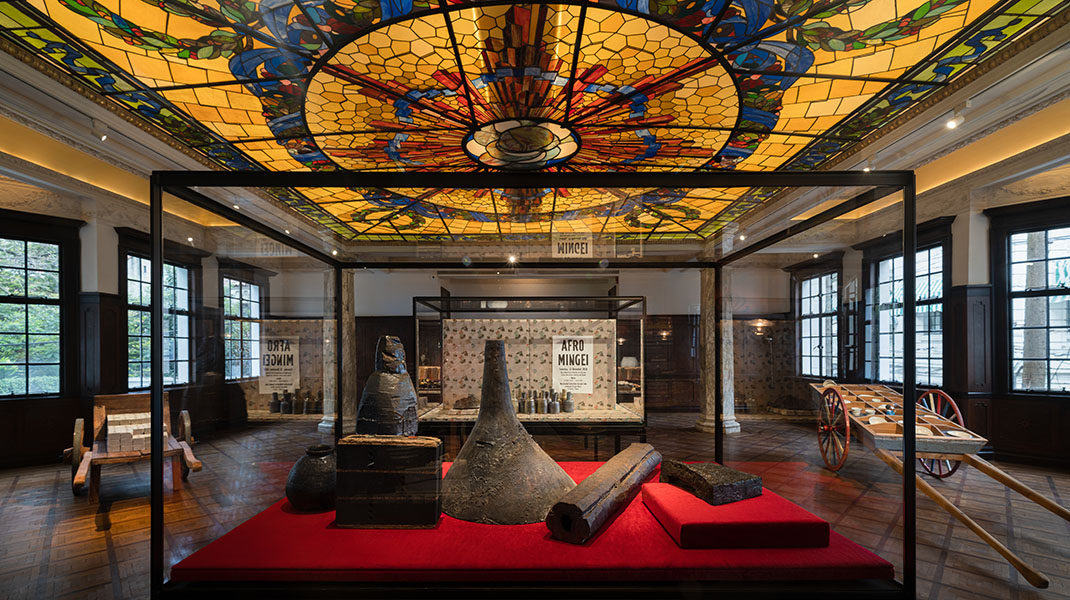 “Prada presents ‘China Cabinet’, an exhibition project by artist Theaster Gates, with the support of Fondazione Prada. It is on view at Prada Rong Zhai, a 1918 historic residence in Shanghai restored by Prada and reopened in October 2017.

Invited to reimagine the spaces of Prada Rong Zhai in an unprecedented way, Theaster Gates shows his ceramics body of work and reveals the link that exists between this activity as a ceramist and those as a visual artist, a performer, a professor, a urban planner and a community activist. For ‘China Cabinet’, Gates conceived a three chapter story that unfolds in the rooms on the building’s first floor. Over the course of this narrative, the setting changes and the artist’s role evolves from guest to ghost to host. From being the object of an exhibition that examines the roots of his creative process, he becomes a subject who reveals the economic potential and the production context of his work. He then assumes the role of a possible new host of Prada Rong Zhai.” — Prada Rong Zhai