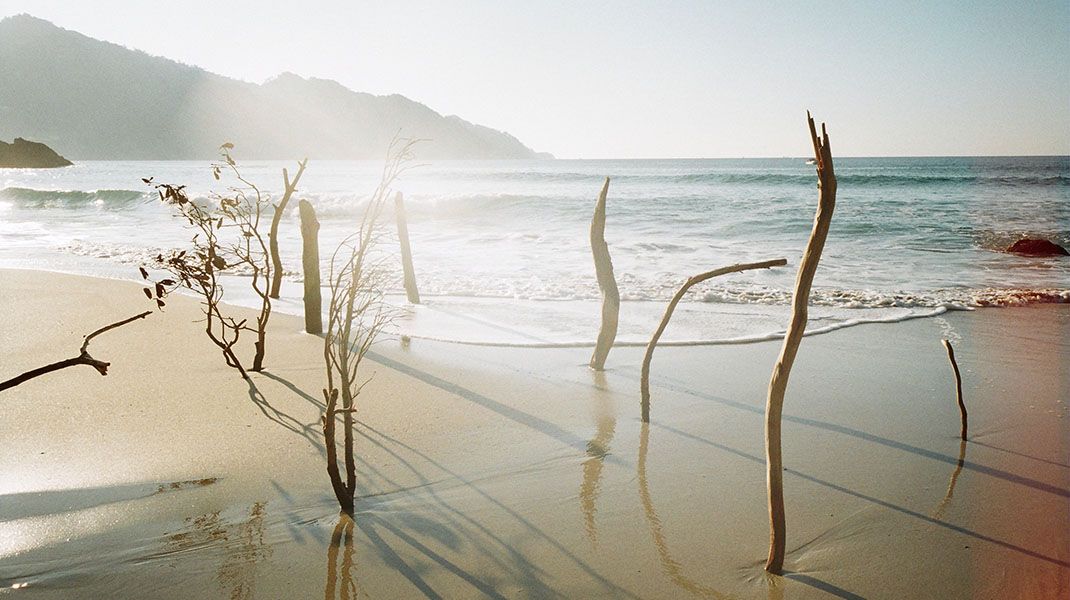 “The exhibition The 165-metre Mermaid and Other Stories stems from a mediaeval Japanese legend and unfurls in the manner of an epic poem. It tells of the artist’s adventures and encounters as he goes with the flow, roving between his native Japan and Monaco via Brazil, Australia and many other lands. Freely combining performance, land art, music and cooking, Shimabuku’s poetic actions are forever spinning new tales. His texts, which form the narrative thread of the exhibition, interweave installations, films, sculptures and photographs executed over the past thirty years.

On a visit to Fukuoka he discovered the legend and relics of a mermaid whose body was 165 metres long and decided to expand it, buying a rope also 165 metres long. Taken around the world, this rope brings him closer to the fish-woman and becomes a vector linking fiction to reality, past to present and Japan to the different countries where the work is presented. Acquired by the Nouveau Musée National de Monaco in 2018, the installation I’m travelling with 165-metre Mermaid (1998–ongoing) forms the starting point for the exhibition and is enriched by the presence of artefacts produced in Monaco by different craftspeople invited in turn to make this story into a work of their own.” — Nouveau Musée National de Monaco

Exhibition was curated by Célia Bernasconi.