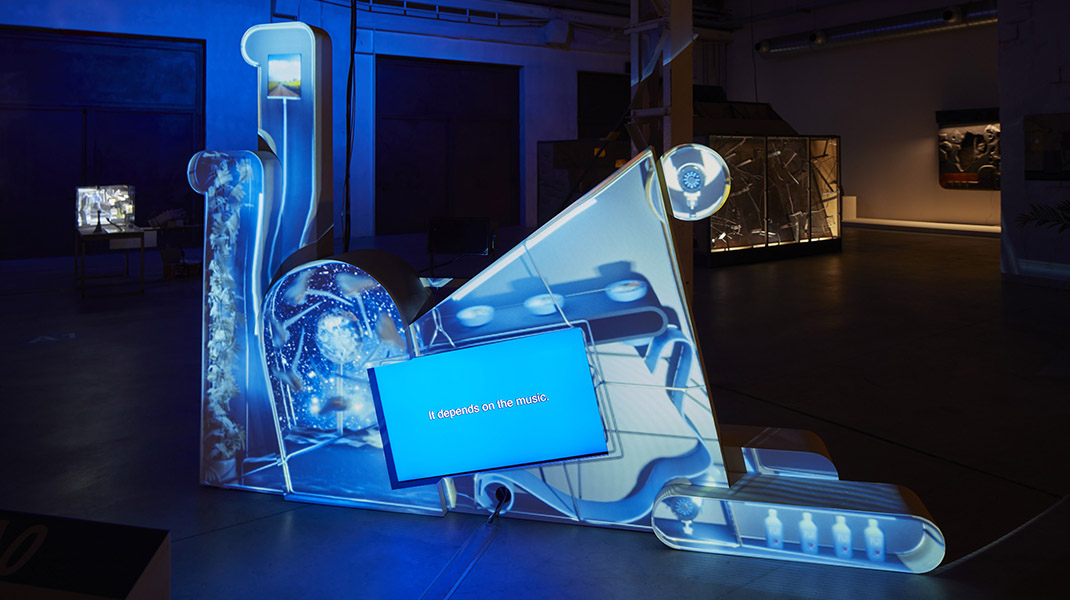 “Digital Mourning, curated by Roberta Tenconi, is the first major solo exhibition devoted to Neïl Beloufa in an Italian institution, and it stems from a reflection on the current times and on the concept of life in our digital world. Right from the title, the exhibition alludes to one of the most striking paradoxes of contemporary society, which is the existence in a technological world and its parallel disappearance. The association of the two words—’digital’ and ‘mourning’—comes about in the encounter between an artificial world and the absence of life, in a dimension in which life itself is simulated by means of models specially created to understand its true essence.

Playing on a combination and intermingling of genres, Digital Mourning is a complex new multimedia installation conceived specifically for the space of the Shed at Pirelli HangarBicocca, presenting, at the same time, a retrospective of Neïl Beloufa’s video works. The exhibition consists of a wide selection of films and video works that retrace the artist’s career from his debut (with Kempinski, 2007) through to his most recent productions, few of which are projected inside multimedia installations originally designed for them by the artist. Together, these form part of a computerised activation and re-editing system that abolishes any hierarchy between the different types of information.” — Pirelli HangarBicocca