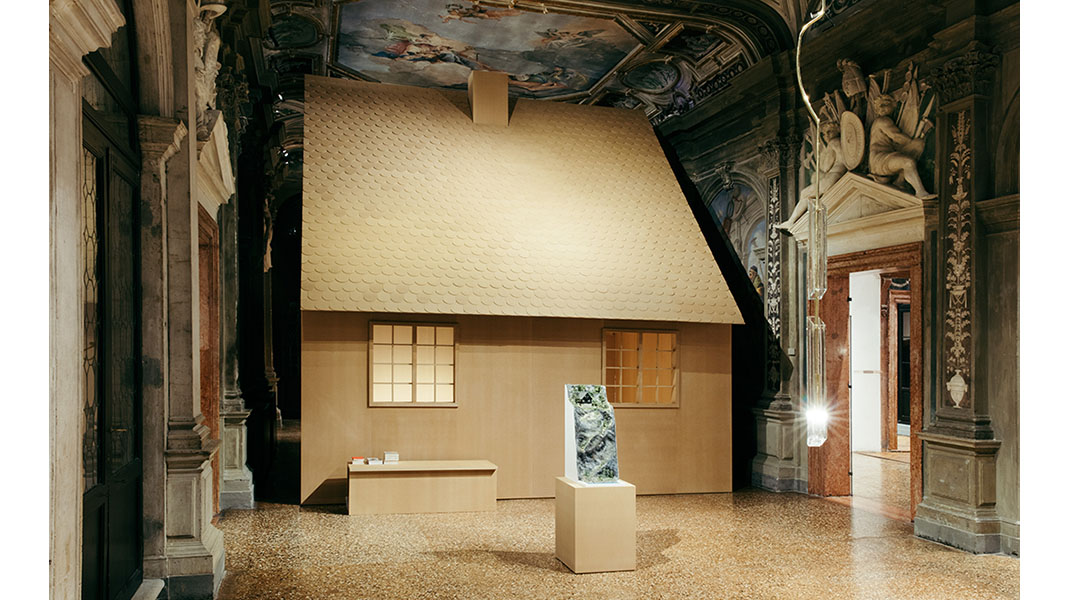 “This exhibition explores the correlation between conditions of exile, escape and retreat and physical or mental places which favor reflection, thought and intellectual production. “Machines à penser” focuses on three major philosophers of the 20th  century: Theodor W. Adorno (1903-1969), Martin Heidegger (1889-1976) and Ludwig Wittgenstein (1889-1951). The latter two shared a life-long need for intellectual isolation: Heidegger spent long periods of his life in a secluded hut in the village of Todtnauberg in the Black Forest in Germany, whilst Wittgenstein retreated on several occasions to a small mountain cabin situated in a fjord in Skjolden, Norway. Adorno, on the other hand, was forced into exile from his native Germany during by the Nazi regime, first to Oxford and then to Los Angeles, where he wrote Minima Moralia , a collection of aphorisms that, among other themes, reflects on the fate of forced emigration. These reflections from the background to an installation conceived by the Scottish artist and poet Ian Hamilton Finlay in 1987 titled Adorno’s Hut , a centerpiece of the exhibition alongside architectural reconstructions of the actual huts in which Heidegger and Wittgenstein wrote their respective masterpieces Being and Time (1927) and Tractatus Logico-Philosophicus (1921). These replicas double as exhibition venues within the Ca’ Corner della Regina, containing artworks and documents pertaining to the architectural archetype of the hut as a site of escape and retreat.” — Fondazione Prada

As Dieter Roelstraete, curator of the exhibition, explains: “these were the places where our protagonists hatched out their deepest thoughts. Isolation, whether chosen or imposed, appears to have inspired them decisively—and over the years their huts have proven to be an inexhaustible source of inspiration in turn for generations of artists, attracted to the fantasy of withdrawal as articulated in its most elemental architectural form.”