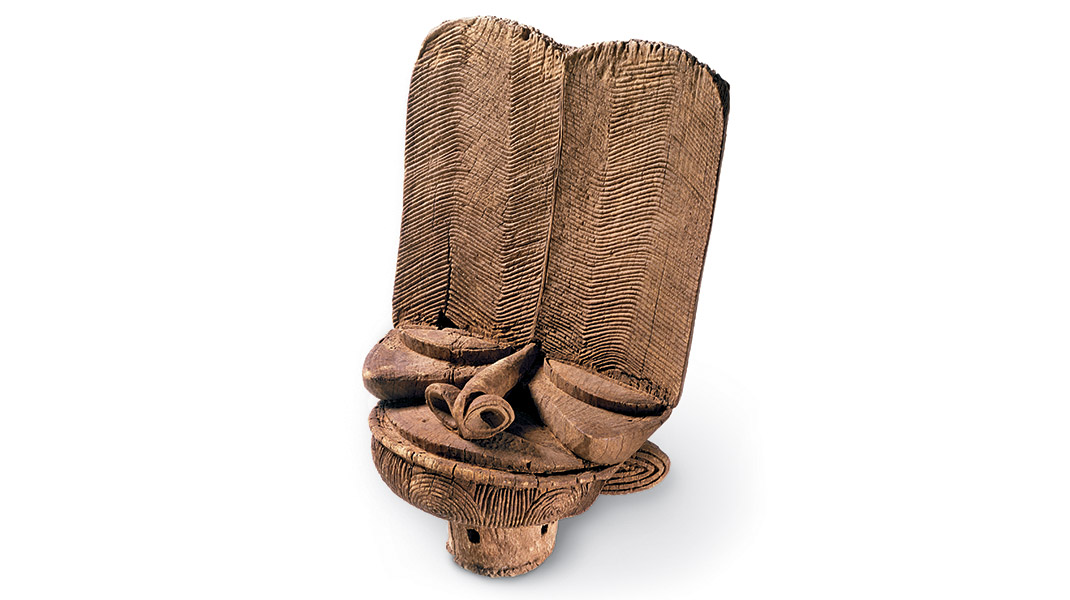 “Four monumental tsesah crests created by Bamileke master sculptors of Western Cameroon are on view at The Metropolitan Museum of Art. Though only a small number of pre-colonial tsesah crests survive today, the genre has a prominent place in the repertory of sculpture from sub-Saharan Africa. The grandeur and originality of the works instantly captured the attention of art critics in the West in the early 20th century, but until this exhibition at The Met, no American museum has displayed more than one tsesah at a time. Showcasing the crests side by side, The Face of Dynasty: Royal Crests from Western Cameroon offers the visitor a rare opportunity to examine several examples of this epic royal art form, while exploring its significance, history, and development in the region starting in the early 18th century. The exhibition is the first public presentation of The Met’s recent acquisition of a tsesah crest. This masterpiece is thought to have been carved 200 years ago and may have been a prototype for the extant tsesah corpus. The other three works are on loan from American collections. The exhibition will be complemented by a 27-feet-long ndop display cloth that was used to delineate the space at royal state events and ceremonies where a tsesah would have appeared.” — The Met

The exhibition is organized by Yaëlle Biro, Associate Curator, and Alisa LaGamma, Ceil and Michael E. Pulitzer Curator in Charge in the Department of the Arts of Africa, Oceania, and the Americas at The Metropolitan Museum of Art.