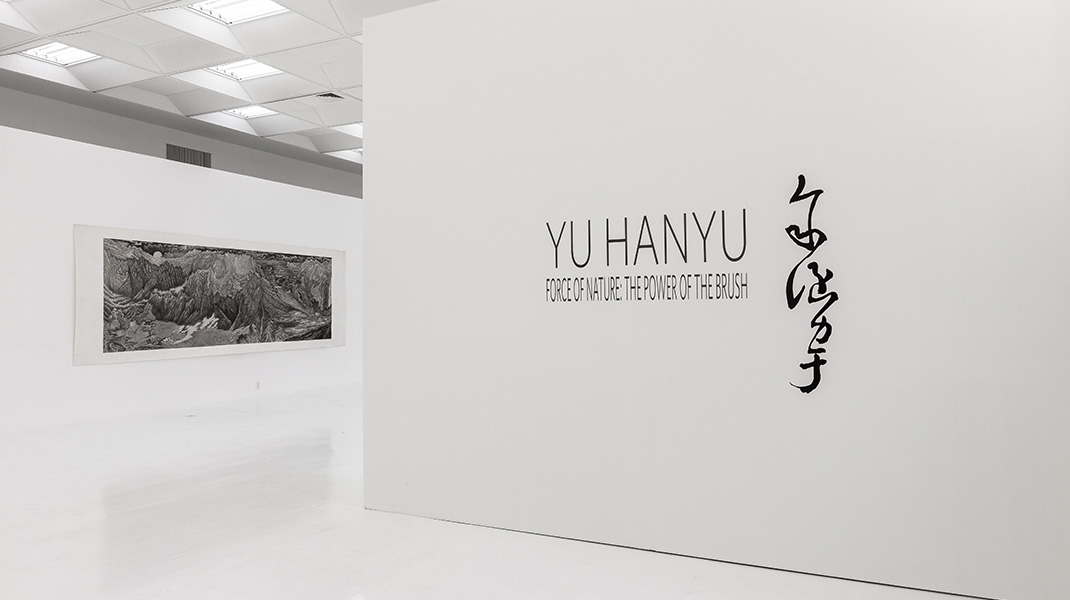 “A leading figure in the practice of Chinese landscape painting and calligraphy, Yu Han Yu has pioneered a visual vernacular that pushes the ancient art form into the 21st century – without losing touch with its origins. Based in Beijing, he is recognized as both a master of the genre and an experimental visionary, an explorer on land and on the paper. Yu’s ink paintings derive from direct contact with his subject matter: the mountainous regions of Tibet’s Qinghai Plateau, the sweeping peaks of Shangri-La, glacial cataracts and cosmic cloudscapes. Born in 1964, Yu graduated from Hubei Institute of Fine Arts in Wuhan and China Central Academy of Fine Arts in Beijing. He has travelled to Tibet on some 50 occasions in 13 years, often in strenuous conditions. Yu’s explosively jagged confluences of nature suggest his own struggle against the elements in creating his art while conveying the internecine struggle within nature’s fierce forces of creation.” — Ethan Cohen Gallery

Yu Hanyu: Force of Nature, The Power of the Brush, a solo exhibition co-curated by Gan Yu and Ethan Cohen.