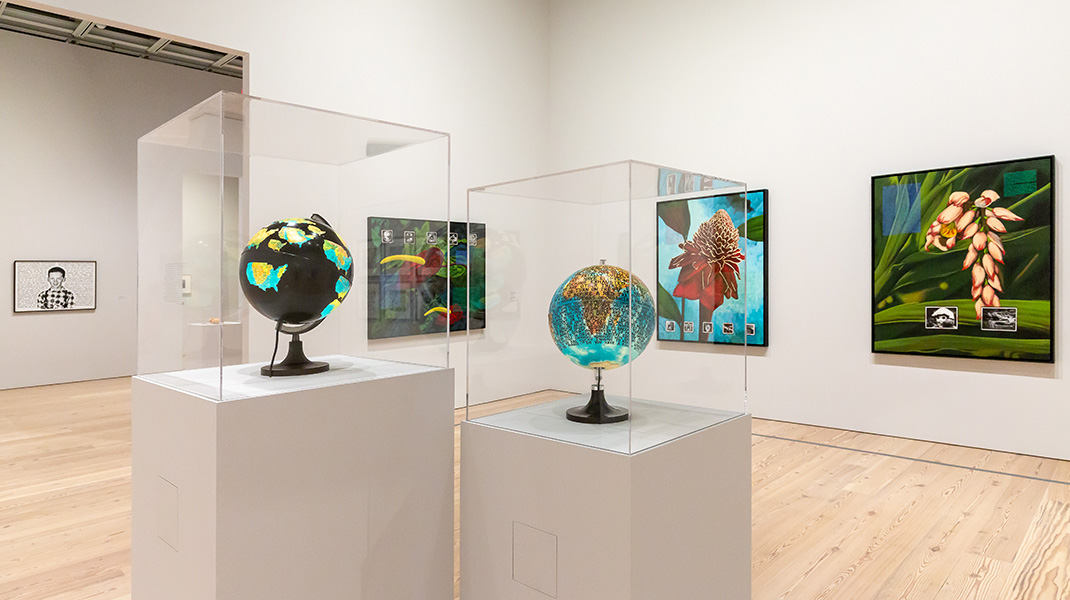 “This exhibition is the first major, monographic presentation of the work of David Wojnarowicz (1954–1992) in over a decade. Wojnarowicz came to prominence in the East Village art world of the 1980s, actively embracing all media and forging an expansive range of work both fiercely political and highly personal. Although largely self-taught, he worked as an artist and writer to meld a sophisticated combination of found and discarded materials with an uncanny understanding of literary influences. First displayed in raw storefront galleries, his work achieved national prominence at the same moment that the AIDS epidemic was cutting down a generation of artists, himself included. This presentation  draws upon recently-available scholarly resources and the Whitney’s extensive holdings of Wojnarowicz’s work.” — Whitney Museum

Left: The Newspaper as National Voodoo: A Brief History of the U.S.A., 1986. The Broad Art Foundation, Los Angeles. Right: History Keeps Me Awake at Night (For Rilo Chmielorz), 1986. Collection of John P. Axelrod.

This exhibition is co-curated by David Kiehl, Curator Emeritus, and David Breslin, DeMartini Family Curator and Director of the Collection.