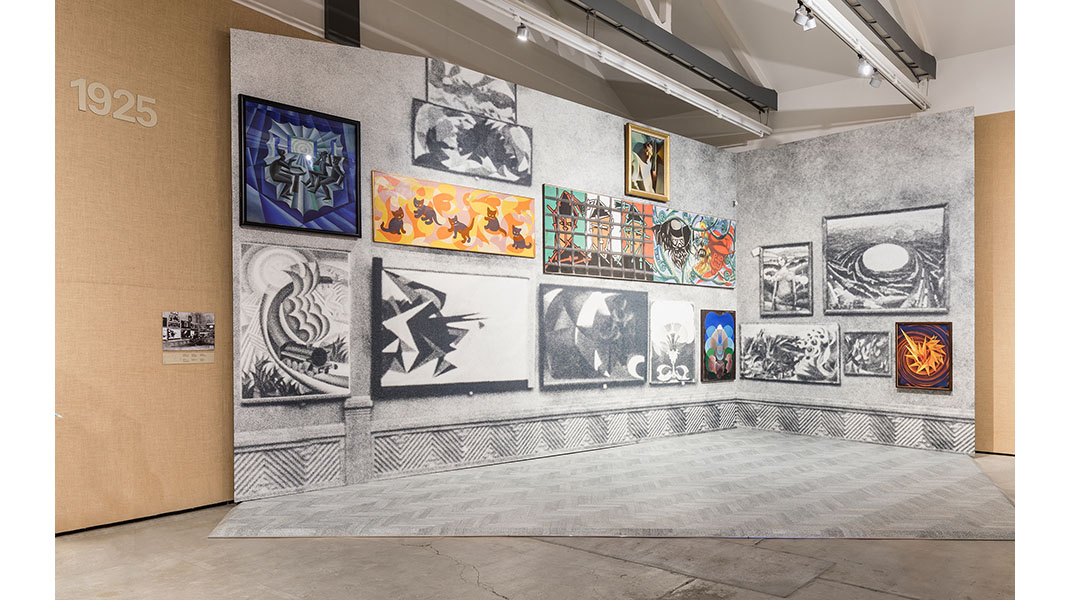 “Fondazione Prada presents Post Zang Tumb Tuuum. Art Life Politics: Italia 1918–1943, at its Milan venue. Conceived and curated by Germano Celant, the exhibition explores the world of art and culture in Italy in the interwar years. Based on documentary and photographic evidence of the time, it reconstructs the spatial, temporal, social and political contexts in which the works of art were created and exhibited, and the way in which they were interpreted and received by the public of the time.

Between 1918 and 1943 Italy was marked by the crisis of the liberal state and the establishment of fascism, and by the ongoing interdependence of artistic research, social dynamics and political activity. As emphasized by Jacques Rancière in his book Le partage du sensible. Esthétique et politique (The Politics of Aesthetics. The Distribution of the Sensible) (2000), art never exists in abstraction, but comes into being and takes shape within a given historic and cultural context. From this point of view, political and aesthetic aspects are interwoven. Taking this hypothesis as a starting point, the documents and photographs that prompted the selection of works in the exhibition offer a record of the artistic and cultural production of the period, taking into account the multifaceted contexts and settings in which it was exhibited: these include artists’ studios, private collections, large public events and exhibitions of Italian art both in Italy and abroad, architectural designs and city planning, graphic arts and the first examples of industrial furniture production. According to Germano Celant, the documentation found and presented in this exhibition ‘offers a summary of the communicative function of a work of art, and tells a real story that lies outside of the theoretical discourse of an artifact.’ As ‘means of cultural understanding’, an expression coined by David Summers, ‘they ensure that an art object has a particular territory, that of appearing to a broader audience, in given social and political situations’.” — Fondazione Prada

The exhibition design, conceived by New York studio 2×4 in conjunction with the curator, provides an immersive experience consisting of twenty partial reconstructions of public and private exhibition rooms. These full-size recreations from period photographs contain original works by artists of the period.