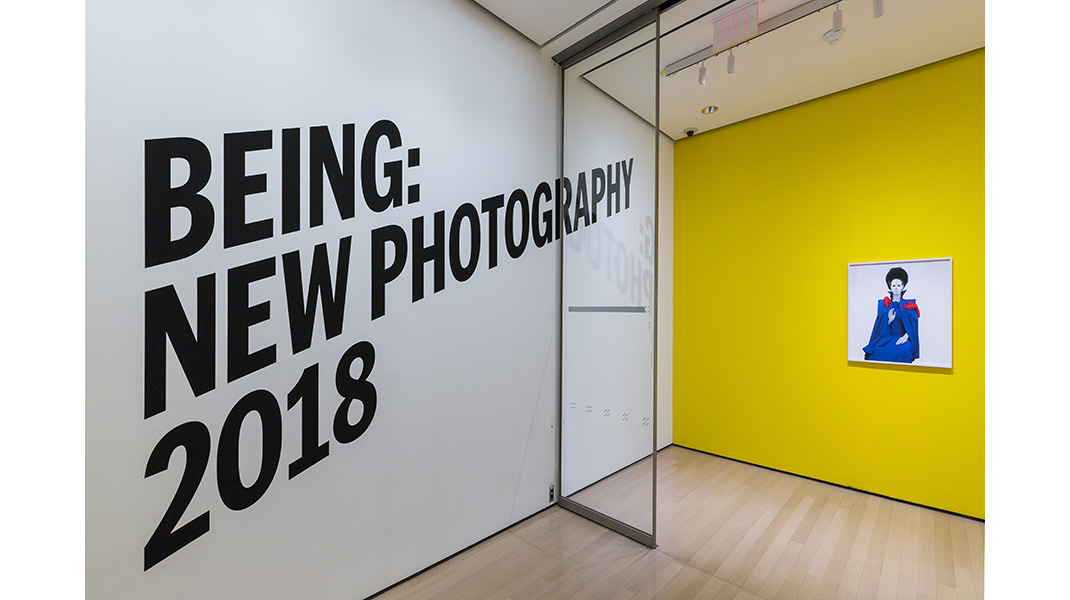 “The Museum of Modern Art presents Being: New Photography 2018, the latest presentation in MoMA’s celebrated New Photography exhibition series. Since its inception in 1985, New Photography has introduced more than 100 artists from around the globe, and it is a key component of the Museum’s contemporary program. Every two years, New Photography presents urgent and compelling ideas in recent photography and photo-based art. This year’s edition, Being, asks how photography can capture what it means to be human. The exhibition includes over 80 new and recent works by 17 artists from eight countries. While at various stages in their careers, all are presenting their work at the Museum for the first time.

At a time when questions about the rights, responsibilities, and dangers inherent in being represented—and in representing others—are being debated around the world, the works featured in Being call attention to assumptions about how individuals are depicted and perceived. Many challenge the conventions of photographic portraiture, or use tactics such as masking, cropping, or fragmenting to disorient the viewer. In others, snapshots or found images are taken from their original context and placed in a new one to reveal hidden stories. While some of the works might be considered straightforward representations of individuals, others do not include images of the human body at all. Together, they explore how personhood is expressed today, and offer timely perspectives on issues of privacy and exposure; the formation of communities; and gender, heritage, and psychology.” — MoMA

Andrzej Steinbach. Untitled from the series Figur I, Figur II, 2015

Harold Mendez. Left to right: At the edge of the Necrópolis, Consent not to be a single being, Sin nombre, 2017-18

Being: New Photography 2018 is organized by Lucy Gallun, Assistant Curator, Department of Photography.