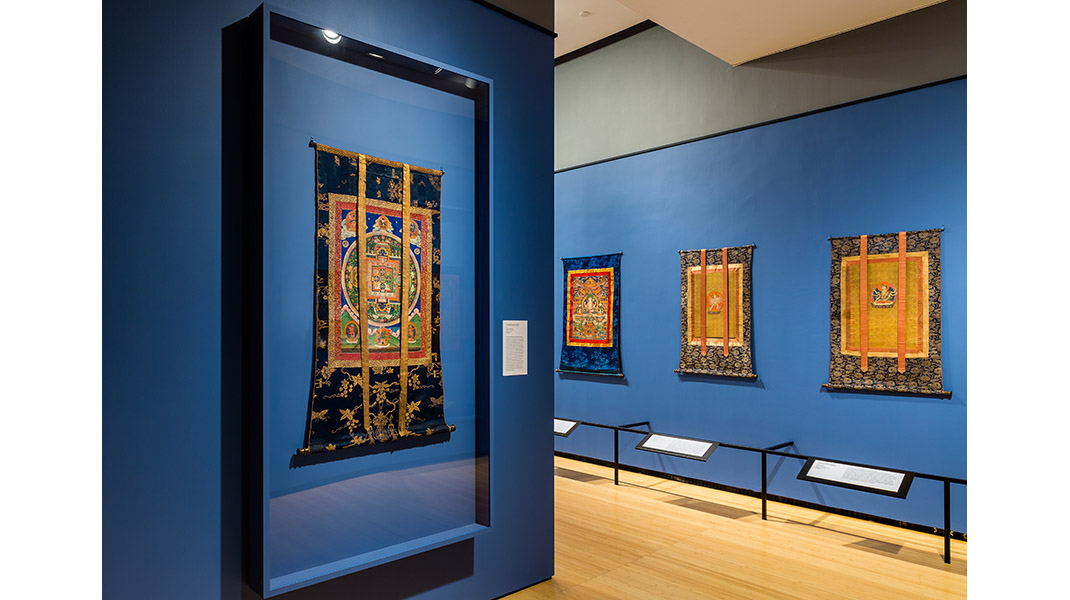 “The world knew very little about the Himalayan region when Italian scholar and explorer Giuseppe Tucci (1894–1984) began his work around one hundred years ago. His contributions to the understanding of Tibet, including Tibetan Buddhism, in the West have been enormous and the materials he was able to gather for future study impressive. Unknown Tibet: The Tucci Expeditions and Buddhist Painting presents a selection of the paintings he acquired during his travels. Tucci obtained expedition permits that included permission to acquire and export original source materials for scientific study. The paintings he acquired were purchased, gifted, or found and deemed too badly damaged or incomplete for cult use by the Tibetan communities. Those in this exhibition, all recently conserved, are now in the collection and care of the Museum of Civilisation-Museum of Oriental Art “Giuseppe Tucci” in Rome, to which Tucci and his wife Francesca Bonardi Tucci bequeathed all of their possessions.

Tucci’s life was framed by two World Wars, a worldwide economic depression, and—shortly after his last journey to Tibet—the destruction of Tibetan monastic culture. The turbulent times and the four years Tucci spent in the military during World War I—two of which were at the front line—had a profound effect on him. He was a highly intellectual, multi-lingual scholar with an antipathy to military solutions and a dedication to the pursuit of intercultural dialogue. During his lifetime, he received many high honors from many countries in Europe and Asia, and his scientific legacy is still fundamental to the research of Tibetan culture today. Tucci’s bibliography of more than four hundred entries attests to the expansiveness of his interests and talents.

Tucci was also one of the most important explorers of the century. Among his scientific travels were eight major expeditions to Tibet, from 1928 to 1948, which are the focus of this exhibition. The selection of paintings and reproductions of photographs from three Italian photographers represent the roughly five thousand miles Tucci trekked across the Tibetan cultural zone, which extends far beyond the present borders of the Tibetan Autonomous Region in China. They also challenge us to envision very distant points in time and place: Italy at the beginning of the twentieth century, pre-modern Tibet, and the culture of ancient Tibet that expanded and blossomed from the twelfth century.” — Introductory Wall Text