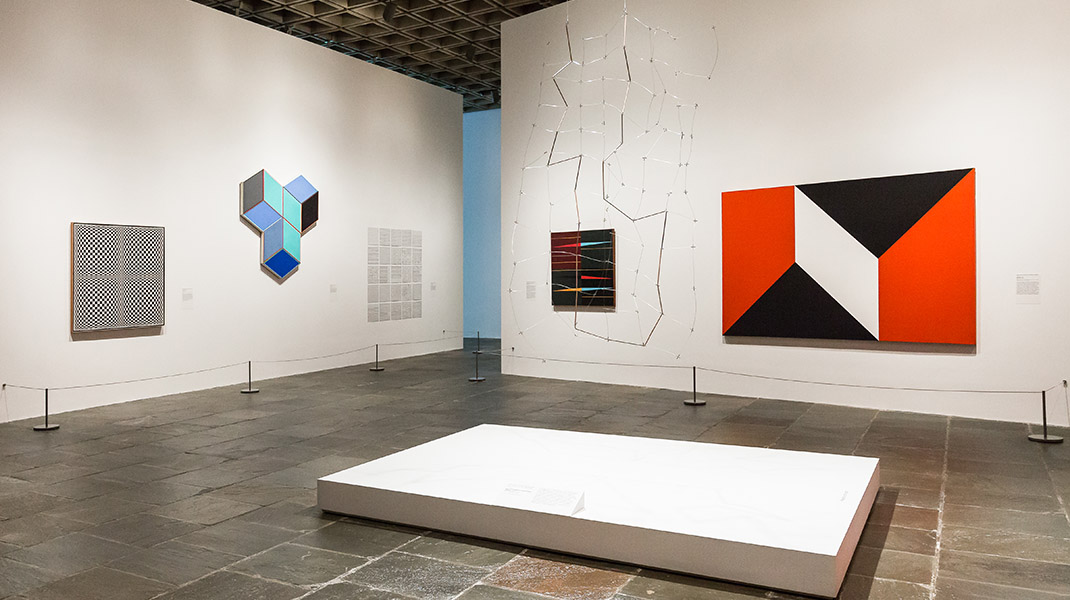 “Delirious times demand delirious art. Irrationality was a subject of great interest among artists after World War II, and many created works designed to simulate or stimulate delirium. Such objects operate at the outer limits of reason, flirting with spatial, behavioral, linguistic, and formal irrationality. Featured in Delirious are sixty-three artists from Europe, South America, and the United States. All of them sacrifice order, stability, legibility, and intelligibility in favor of humor, absurdity, obsession, or disorientation.

In many respects, delirium was the defining experience of the decades between 1950 and 1980, which were characterized by social and political mayhem and by the advent of the counterculture movement. Yet these years also witnessed the spread of rationalist imperatives, as seen in the swell of urbanization, industrialization, and mass production around the globe. Some artists decried the epidemic of irrational state-sponsored violence, while others explored the hallucinatory effects of psychedelic drugs. Others still abhorred the rise of rationalism, with its cult of uniformity and efficiency, but embraced the expressive potential of science and technology.

Contradictions such as these are at the heart of Delirious, and they account for the great diversity of art on view. Some of the artists seen here, especially those in the sections Vertigo and Excess, strike a delicate balance, using rational means such as geometry, mathematics, and permutation to generate irrational ends, deranging logical structures like the grid or destabilizing space and perception. The artists in Excess also produce work that exaggerates society’s obsession with regularity. Their objects are a little too systematic, bordering on the compulsive. In Nonsense and Twisted, the art directly mirrors a society undone by chaos and injustice, giving form to extreme mental, emotional, and physical states. In these ways and more, the artists in Delirious all made incisive contributions to the cultural, political, and intellectual landscape of the mid- to late twentieth century.” — Introductory Wall Text

Delirious: Art at the Limits of Reason, 1950–1980 is curated by Kelly Baum, Cynthia Hazen Polsky and Leon Polsky, Curator of Contemporary Art in The Met’s Department of Modern and Contemporary Art.