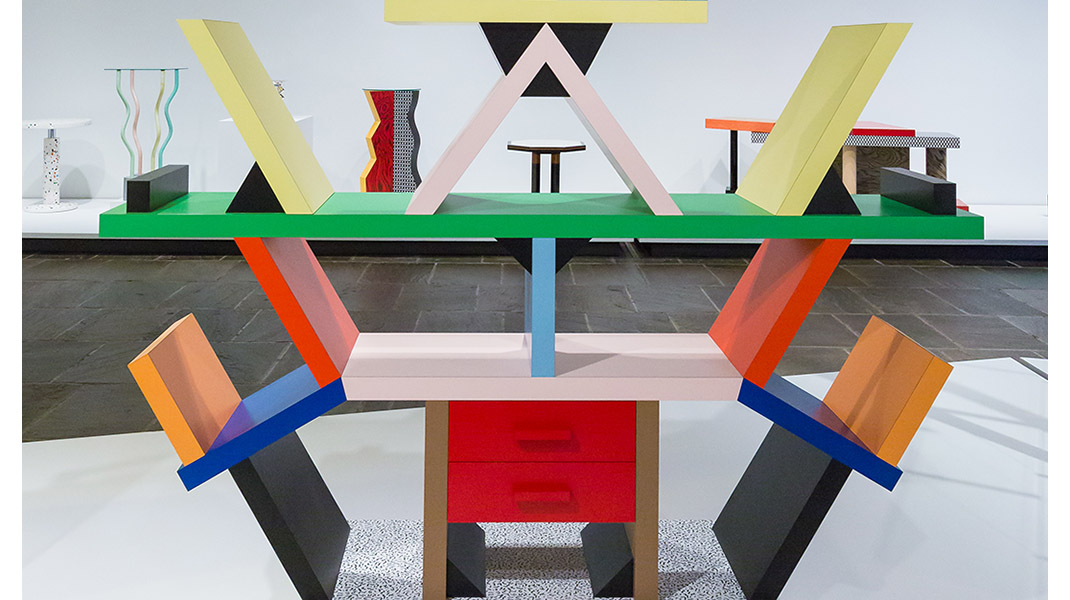 “Sotto il sasso sta l’anguilla (under the rock is an eel) is an expression from the Dolomites, the native region of Italian architect and designer Ettore Sottsass (1917–2007). It suggests that hidden wonder awaits discovery in common things—the essence of Sottsass’s designs. His body of work paved the way for creative practices that span diverse materials and blur distinctions between art and design. Sottsass worked at every scale, from airports and houses to ceramics and jewelry, from mass-market products to unique gallery editions. Hepioneered conceptual design with objects that challenge conventions and propose alternative, even idealized, ways of living—ideas so radical they rarely progressed beyond the provocation of the prototype.

Despite his impact on designers, Sottsass remains an obscure figure among broad audiences. He is noted for founding the design collective Memphis (1981–86), but even this brief period is misunderstood as a quintessentially 1980s fashion-driven fad. This exhibition contextualizes his sixty-year career bypresenting his most profound works alongside objects that inspired him, as well as those by contemporary designers he continues to influence.

According to his writings, specific people and movements guided Sottsass’s thinking, including Frank Lloyd Wright and Donald Judd, Bauhaus and Pop art.In his extensive travels, he encountered mandalas and yantras, stupas and linga, ritual implements and ethnographic artifacts; he identified in them symbolic and archetypal forms, materials, colors, and patterns that serve social, spiritual, and sensual needs. He gravitated toward the human aspects that many felt modernism lacked in its dogmatic exaltation of machined mass products intended for anonymous consumers.

Sottsass reformed cerebral modernism with a humanist heart and soul. His work delineates a way out of a wasteful society through a heightened understanding of the spiritual and symbolic values of useful things.” — Introductory Wall Text

Ettore Sottsass: Design Radical is organized by Christian Larsen, Associate Curator of Modern Design and Decorative Arts in The Met’s Department of Modern and Contemporary Art.