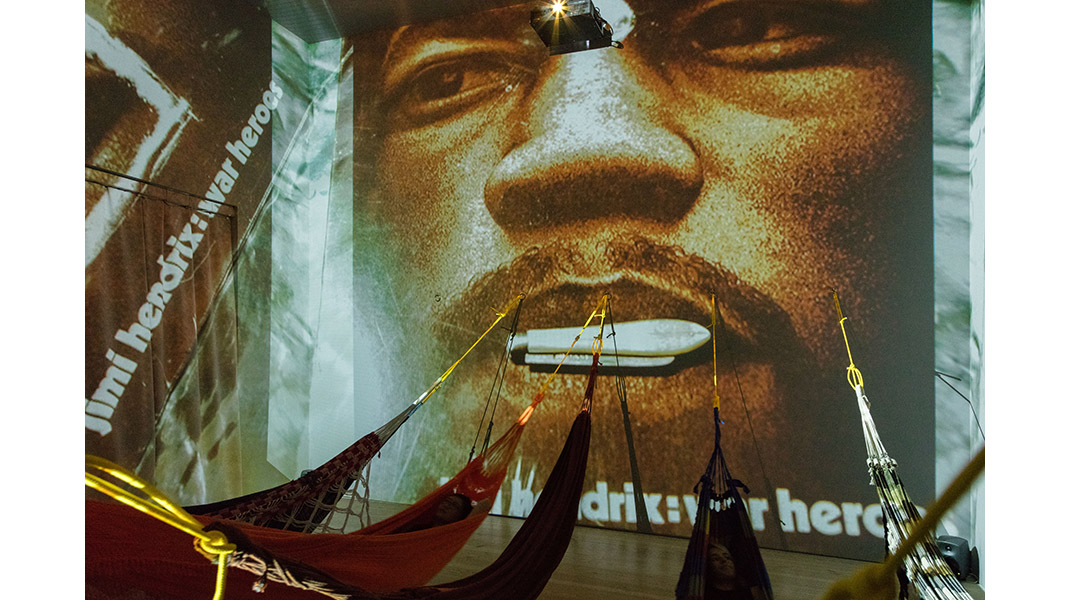 “Hélio Oiticica: To Organize Delirium is the first full-scale U.S. retrospective in two decades of the Brazilian artist’s work. One of the most original artists of the twentieth century, Oiticica (1937—1980) made art that awakens us to our bodies, our senses, our feelings about being in the world: art that challenges us to assume a more active role. Beginning with geometric investigations in painting and drawing, Oiticica soon shifted to sculpture, architectural installations, writing, film, and large-scale environments of an increasingly immersive nature, works that transformed the viewer from a spectator into an active participant. The exhibition includes some of his large-scale installations, including Tropicalia and Eden, and examines the artist’s involvement with music and literature, as well as his response to politics and the social environment. The show captures the excitement, complexity, and activist nature of Oiticica’s art, focusing in particular on the decisive period he spent in New York in the 1970s, where he was stimulated by the art, music, poetry, and theater scenes. While Oiticica engaged at first with many of the city’s artists, he ended up living in self-fashioned isolation before returning to Brazil. He died in in Rio de Janeiro, in 1980, at the age of 42.” — Whitney Museum

Hélio Oiticica in front of a poster for Neil Simon’s play The Prisoner of Second Avenue, in Midtown Manhattan, 1972. © César and Claudio Oiticica

This exhibition is organized by the Whitney Museum of American Art, New York; Carnegie Museum of Art, Pittsburgh; and the Art Institute of Chicago.