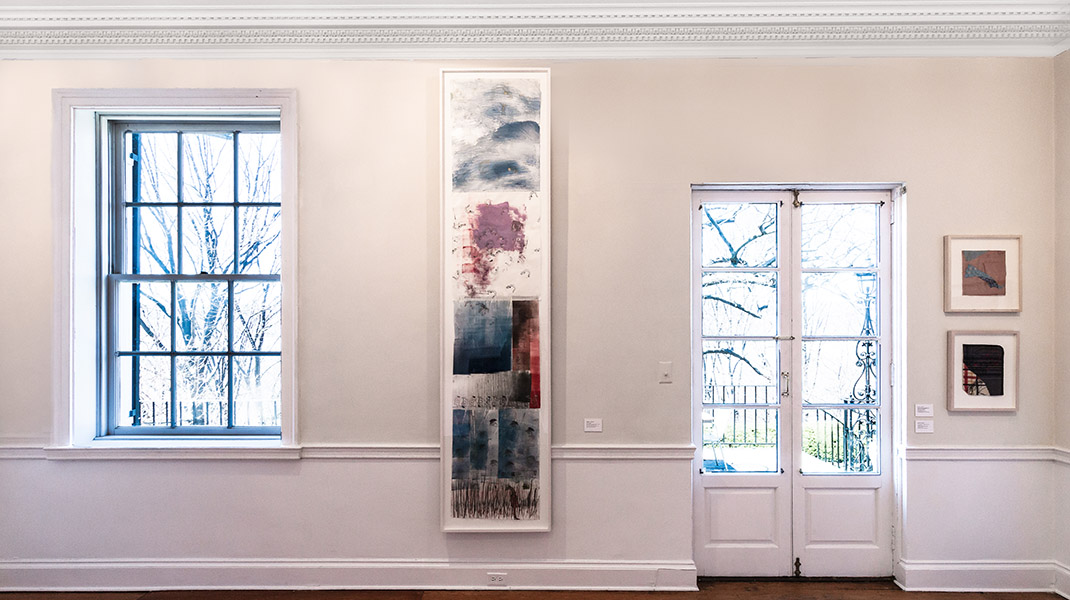 “Women have long been treated and portrayed as outcasts, pushed to the fringes of societal order. Throughout the world, women are encouraged to remain silent and obedient or suffer terrible consequences. Combating imposed and constricted perceptions of gender, artists in Outcasts imagine and embody a plethora of empowered identities for women. These voices of resilience are welcome in this divisive time.

Nancy Spero’s prolific oeuvre is the impetus for Outcasts: Women in the Wilderness. She boldly focused on the female figure as protagonist, recreating a mix of multiple historical narratives, ancient mythologies and contemporary events. Three themes that emerge from her work are explored in Outcasts: finding a voice, to express multiple perspectives on female identity; harnessing ancient and modern mythologies to subvert the established social and cultural order; and healing and empowerment of the individual and the community.

Frequently referred to as an oasis, Wave Hill offers refuge—protection or shelter from danger or hardship—and sanctuary—a space conductive to contemplation. In a time of political and social disruption, this place is a haven from tumult.” — Introductory Wall Text