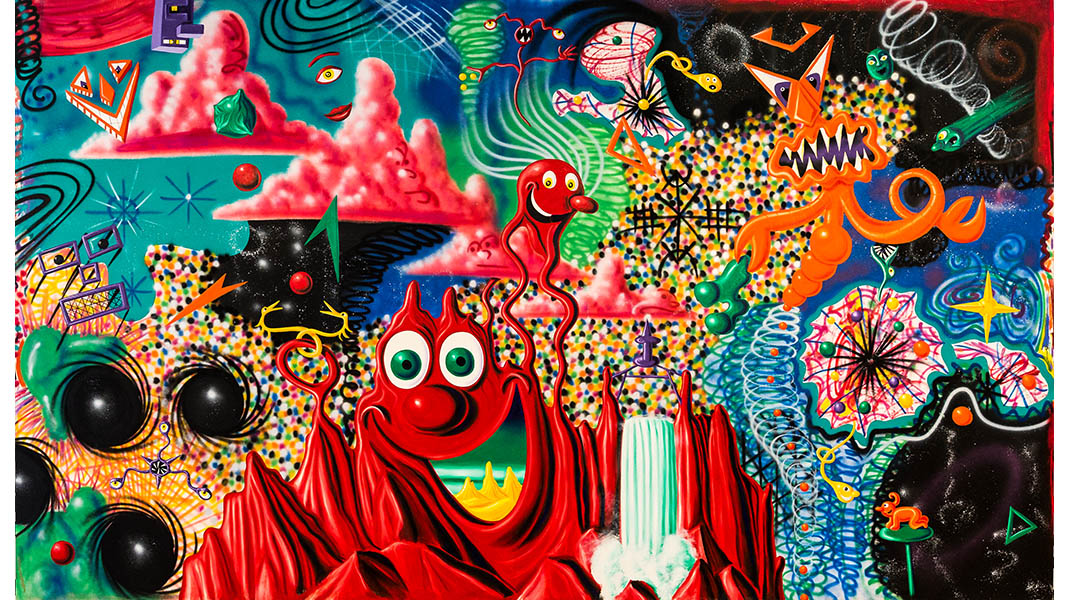 “In the 1980s, painting recaptured the imagination of the contemporary art world against a backdrop of expansive change. During this explosive period, an unprecedented number of galleries appeared on the scene, particularly in downtown New York. Groundbreaking exhibitions that blurred distinctions between high and low were presented at alternative and artist-run spaces and new mediums, including video and installation art, were on the rise. Yet despite the growing popularity of photography and video—and the critics who might have left painting for dead—throughout the 1980s, many artists actively embraced the medium, exploring its bold physicality and unique capacity for expression and innovation.

Fast Forward: Painting from the 1980s presents a focused look at painting from this decade with a selection of works drawn entirely from the Museum’s collection. The exhibition includes work by artists often identified with the 1980s—Jean-Michel Basquiat, Sherrie Levine, David Salle, and Julian Schnabel— as well as by several lesser-known painters. Often through exuberant work that engaged with the heroic gesture or pop imagery, these artists explored the traditions of figuration and history painting, and offered new interpretations of abstraction. Many addressed fundamental questions about artmaking in their work, while others took on political issues including AIDS, feminism, gentrification, and war. In the face of a media-saturated environment, artists in the 1980s renegotiated their commitment to painting. Far from dead, the medium came to represent an important intersection between new ways of seeing and a seemingly traditional way of making art—one full of possibility as artists freely and fundamentally reimagined what painting could be.” — Introductory Wall Text