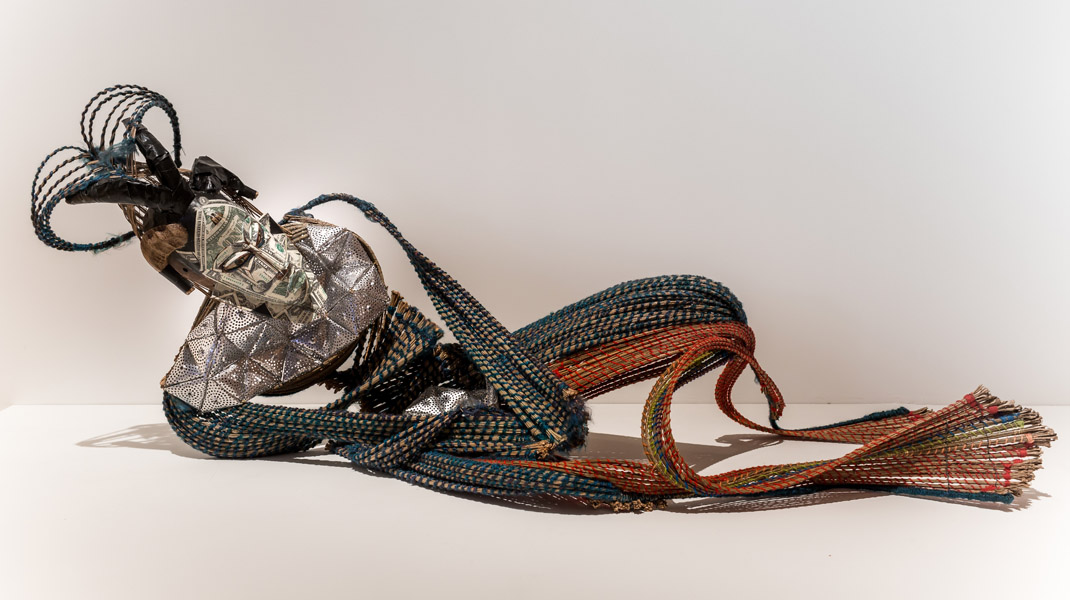 “Through play and provocation, and by engaging both African history and contemporary global politics, Disguise invites us to think critically about our world and our place within it, and to imagine whimsical and tangible possibilities for the future. It includes an immersive and lively installation of video, digital media, sound, and installation art, as well as photography and sculpture.

The exhibition features contemporary artists from Africa and of African descent working across the globe—including twelve in Brooklyn and the New York area—who offer fresh visions of masquerade. Presented alongside historical masks, the contemporary works provoke, in often intentionally discomforting ways, a heightened awareness of key contemporary issues such as race, women’s agency, queerness, the exoticization and eroticization of the ‘other,’ governmental corruption, and the limits of empathetic understanding.” — Brooklyn Museum