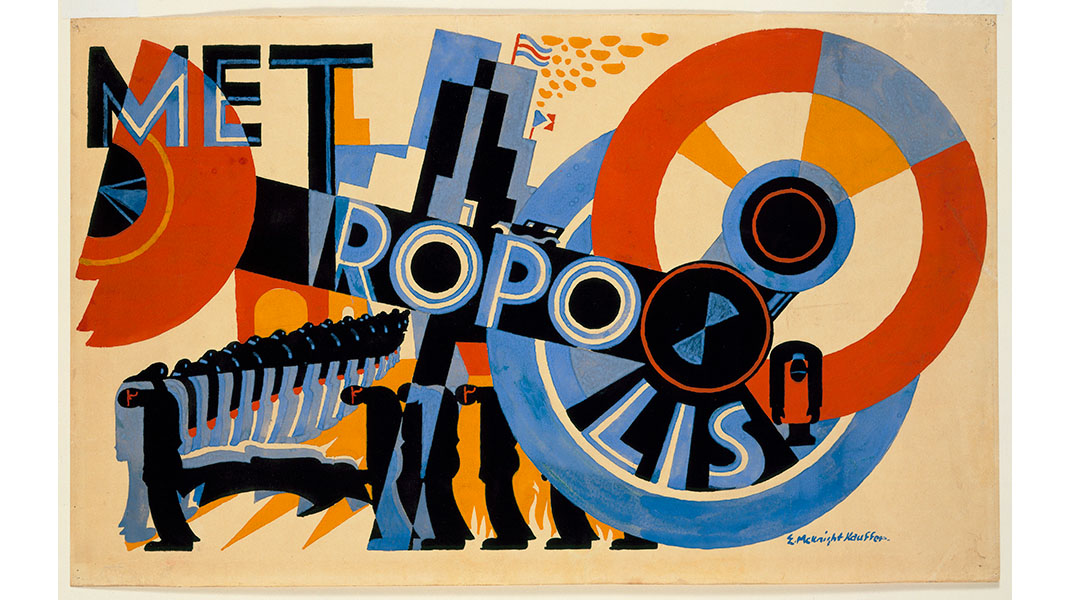 Hailed in his lifetime as ‘the poster king,’ Kauffer brought design to many creative industries. He made modernism accessible by applying cutting-edge styles to designs for advertising, literature, theater, transportation and more. He adopted emerging avant-garde aesthetics in provocative ways to promote services and products.

“The artist in advertising is a new kind of being,” Kauffer wrote in 1938. “His responsibilities are to my mind very considerable. It is his business constantly to correct values, to establish new ones, to stimulate advertising and help to make it something worthy of the civilization that needs it.”

“‘Underground Modernist’ reveals new stories and research to position Kauffer not simply as a designer of posters, but as a figure who applied the graphic arts broadly to creative pursuits,” Condell said. “He transformed the public’s perception of modernism and influenced the work of other equally significant artists, designers and writers on both sides of the Atlantic.”

“Drawing heavily on Cooper Hewitt’s unique holdings of Kauffer’s work, the exhibition explores the wide circulation and popular resonance of Kauffer’s designs,” Orr said. “Motivated by a desire to serve the public, Kauffer brought art closer to all people. He believed that advertising was an opportunity to introduce new visual expression.”