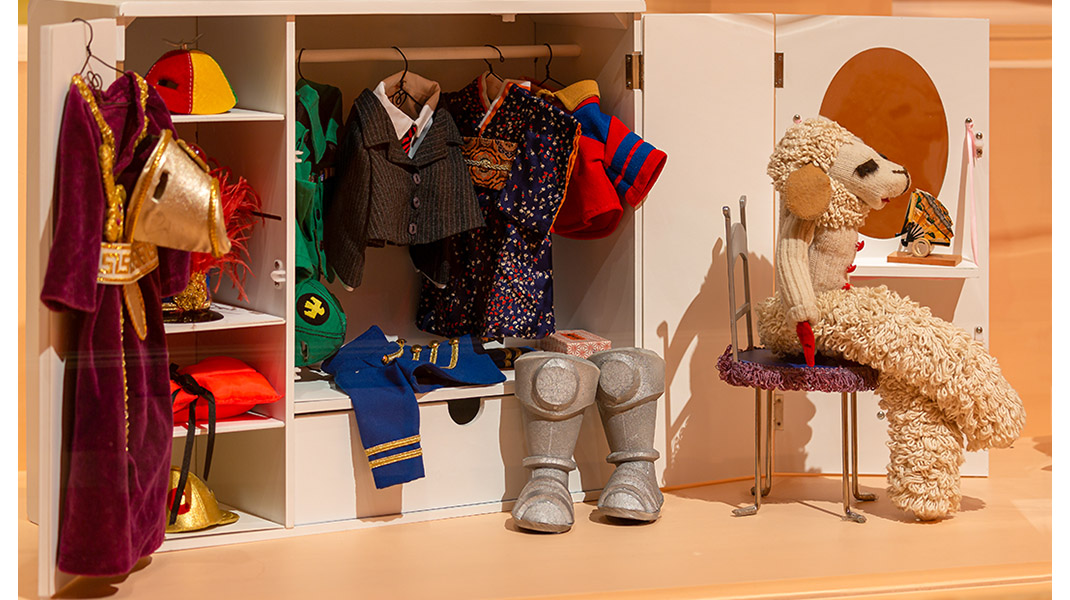 “Museum of the City of New York presents the exhibition Puppets of New York, examining how puppetry has impacted New York City and scanning the tremendous influence the city has had on this artform all over the world. The exhibition features more than 100 puppets spanning New York City history, from theater, television, and street life, including Lamb Chop, Sesame Street, Avenue Q and Lion King on Broadway, avantgarde theater, parades, and more.

Puppets of New York covers three themes that emphasize the ubiquity of puppets in urban space—The Stage, The Set, and The Street—and shows the power of puppetry to reveal culture, politics, and art. The history of puppetry in New York is a powerful lens not only into rich cultural traditions and creative stagecraft, but into the dynamics of the multiple communities that have made New York New York.” — Museum of the City of New York

“New York City is a global capital of puppetry, where diverse communities and traditions intersect and collaborate, and where new innovations to the art form are born,” said Whitney Donhauser, Ronay Menschel Director and President of the Museum of the City of New York. “Our exhibition showcases the long history of puppetry in New York City and the influence of the city on this whimsical and adventurous art form.”

“Puppets are not just child’s play. They often reflect the cultural changes, diverse communities, and political events that impact urban life,” said Monxo López, the exhibition’s curator and a Mellon Postdoctoral Fellow at the Museum. “Immigrants from around the globe turned New York into a mosaic of puppetry traditions that both mirror their places of origin and blend with one another.”

Installation views of Puppets of New York at Museum of the City of New York, August 13, 2021. Photos: Corrado Serra.

Puppets of New York is part of the partner programming for the International Puppet Fringe Festival (August 11-16, 2021), and is complemented by a companion exhibition downtown at The Clemente Soto Vélez Cultural and Educational Center.