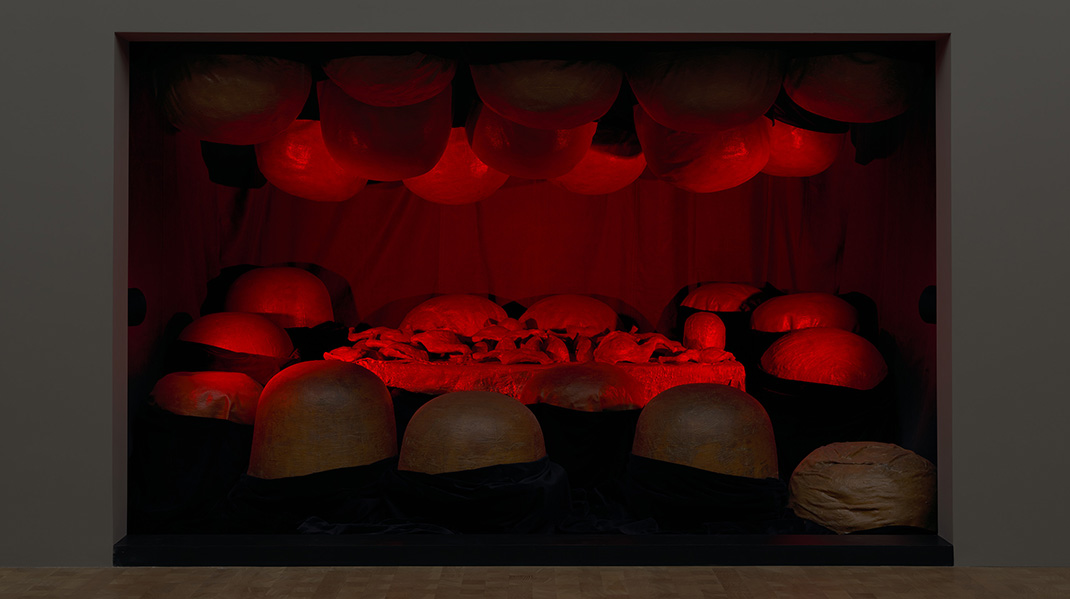 “The Jewish Museum presents Louise Bourgeois, Freud’s Daughter, an exhibition that explores Bourgeois’s complex and ambivalent relationship with Freudian psychoanalysis. Curated by Philip Larratt-Smith, the exhibition showcases a selection of Bourgeois’s psychoanalytic writings — many of them presented to the public for the first time — along with nearly 50 works from throughout her career, including the Personages of the late 1940s; the organic forms in plaster and latex of the 1960s; the pivotal installation The Destruction of the Father (1974); Passage Dangereux (1997), the largest of the artist’s Cell installations; and the fabric sculptures from the last 15 years of her life. The exhibition will be on view at the Jewish Museum from May 21 through September 12, 2021.” — The Jewish Museum

Larratt-Smith said, “Bourgeois’s psychoanalytic writings profoundly recalibrate our understanding of her artistic trajectory and motivational impulses. They do not explain or demystify her art, but rather represent a freestanding corpus of writing that display her unusual literary gifts and underline her enduring engagement with analysis. They highlight the centrality of her Oedipal deadlock as the traumatic kernel of her psychic organization. And they complicate the narrative of early childhood trauma which the artist herself fostered, encouraging instead a more nuanced appreciation of this relationship which she often spoke about.”

At Oedipus time I never had a chance. — Louise Bourgeois

All works by Louise Bourgeois © The Easton Foundation. Images courtesy The Jewish Museum.