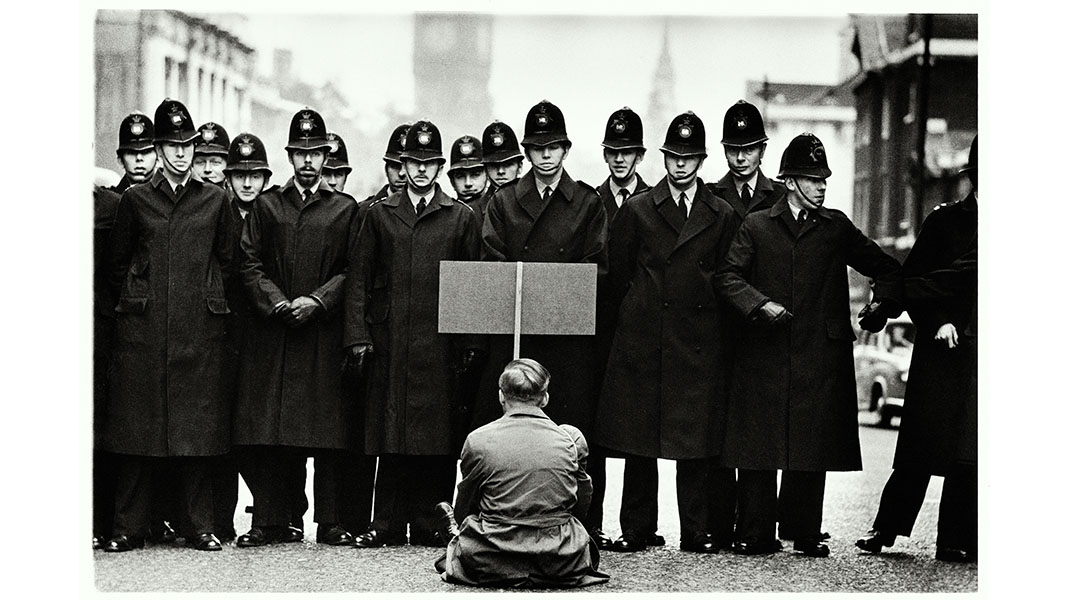 “Tate Liverpool presents a major retrospective of the legendary British photographer Sir Don McCullin. Renowned as one of Britain’s greatest living photographers, McCullin has captured images of conflict from around the world including Vietnam, Northern Ireland, Lebanon and Biafra. Often taken at great personal risk, these unforgettable photographs will be shown alongside McCullin’s work made in the north of England, his travel assignments and his long-term engagement with landscape. Originally shown at Tate Britain in spring 2019, the exhibition presents more than 200 photographs and showcases the scope and achievements of his career.

Don McCullin began taking photographs in 1958, documenting his surroundings and local community in his native Finsbury Park, London. In 1959 his photograph The Guvnors, a portrait of a notorious local gang, was published in The Observer, launching his career as a photojournalist. In 1961, McCullin travelled to Germany on his own initiative, funding the trip himself, to photograph the building of the Berlin Wall. The images he took won him a British Press Award and a permanent contract with The Observer. Working first for The Observer and then The Sunday Times Magazine, McCullin went on to capture major conflicts around the world from Vietnam and the Congo to Cyprus and Beirut. The exhibition includes some of McCullin’s most iconic and poignant photographs including Shell-shocked US Marine, The Battle of Hue 1968 and Starving Twenty Four Year Old Mother with Child, Biafra 1968. Alongside McCullin’s hand-printed silver gelatin prints, the exhibition also includes his magazine spreads, contact sheets, helmet and the Nikon camera which took a bullet for him in Cambodia.” — Tate Liverpool