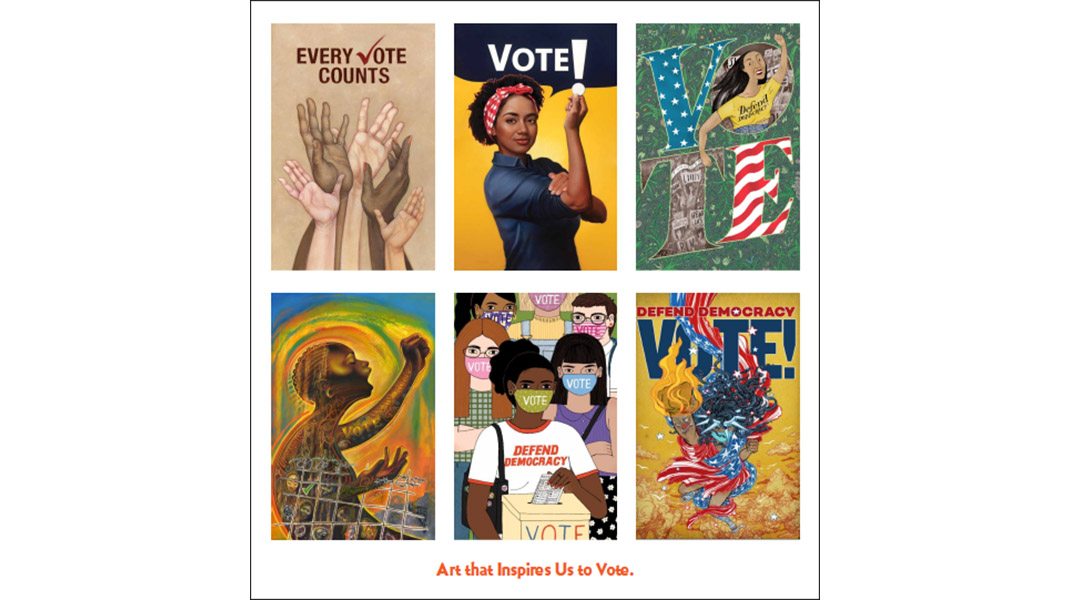 “Norman Rockwell Museum in Stockbridge, MA announced a fresh artistic endeavor, ‘The Unity Project‘ designed to encourage American citizens to vote this November for the upcoming 2020 election. The Unity Project features six striking images from top illustrators, commissioned by the Museum to establish a camaraderie of unity and belonging among all Americans who share the common right to elect and vote in our country.

“Art has the power to inspire action, promote civic responsibility, and motivate change,” said Laurie Norton Moffatt, Director/CEO of Norman Rockwell Museum. “The Unity Project deploys the power of illustration to connect people from across the country to come together and exercise our common bond, which is the right to vote. This project reminds us that the United States Constitution gives power to the people to elect their government and carves out a new niche for the Museum, putting contemporary illustration to work in the world to inspire citizen engagement through powerful art.”

The new artwork will be at the Norman Rockwell Museum starting on October 17 as an addition to the Four Freedoms exhibition, Norman Rockwell: Imagining Freedom, which is making a celebratory return home to the Berkshires as the final stop after a 6-city world tour.  Following the exhibition, all six original paintings will be added to the Museum’s permanent collection of American Illustration Art.