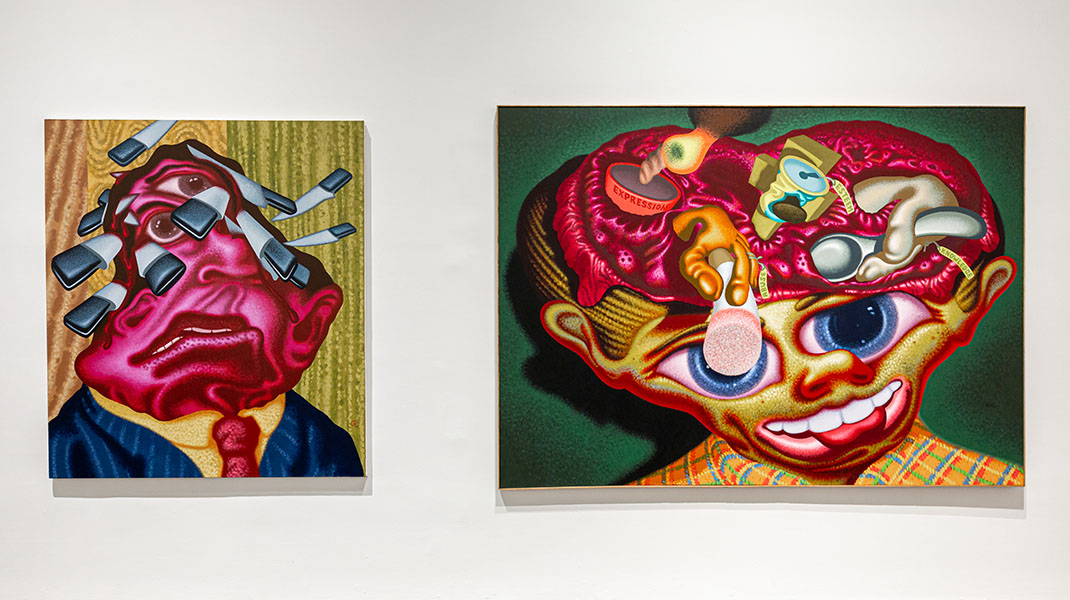 “The New Museum presents Peter Saul: Crime and Punishment, the first New York survey exhibition of the work of Peter Saul (b. 1934, San Francisco, CA), on view throughout the Museum’s Third and Fourth Floor galleries. For over fifty years, Saul has been one of America’s boldest and most iconoclastic painters. The exhibition at the New Museum brings together approximately sixty paintings from across his long career.

Beginning in the early 1960s, Saul began to incorporate imagery borrowed from a range of pop-cultural sources into his exuberant, brightly colored paintings, adopting a style that has proven to be far ahead of its time. His work developed independently from concurrent art historical movements like Pop art, with which it shares some superficially similar concerns. Instead of the cool detachment of Andy Warhol and Roy Lichtenstein, however, Saul crafted his own unique blend of Surrealism, history painting, vernacular illustration, and the real-life shock and horror of current events. This madcap formula has allowed the artist to critique art historical pretensions while addressing the outsized characters and realities of his day. Long considered outside the narrative of twentieth-century art, Peter Saul’s work has gained greater appreciation as younger artists register his influence.” — New Museum 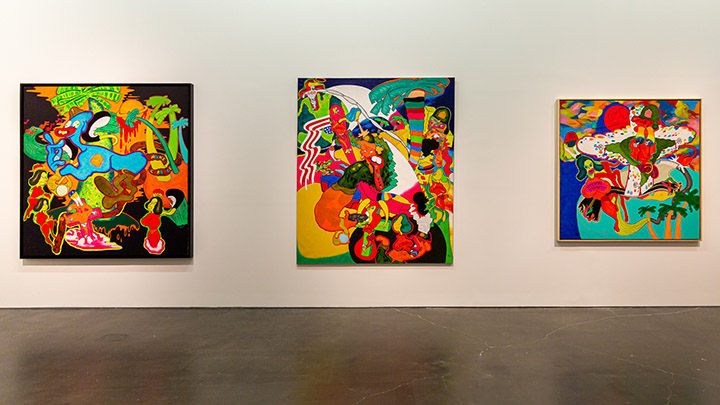 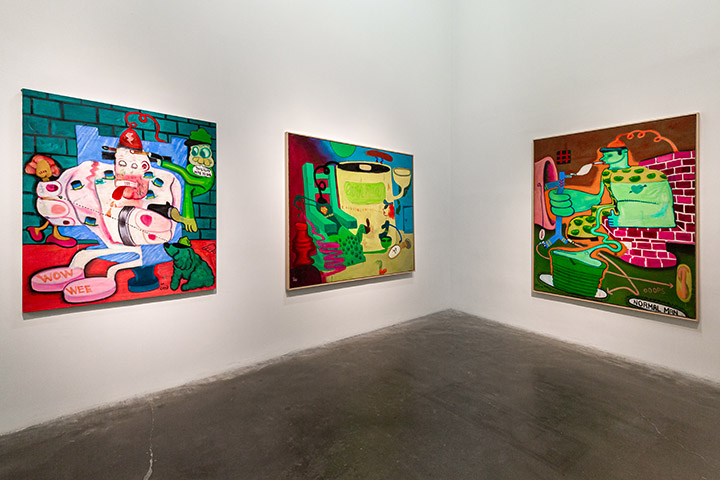 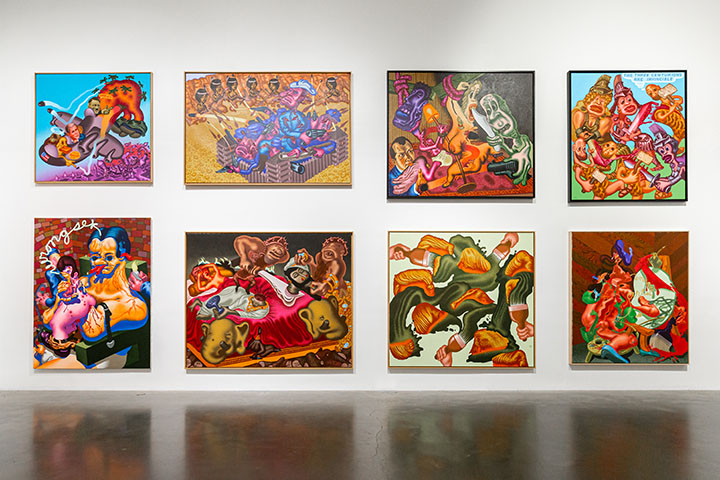 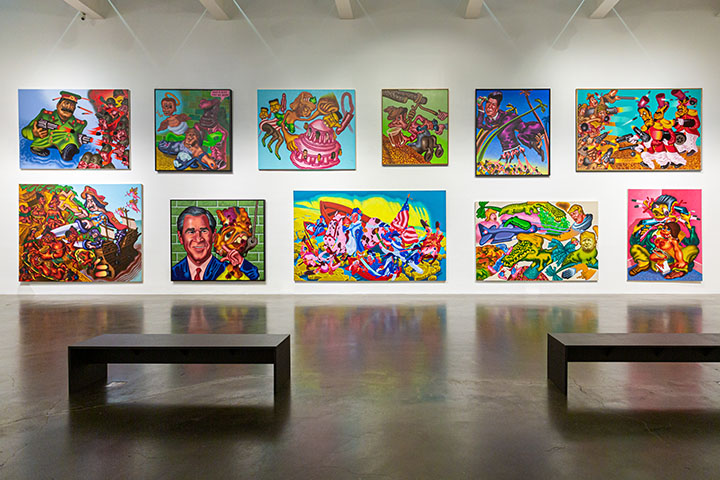 *PLEASE NOTE: The New Museum is temporarily closed to the public.