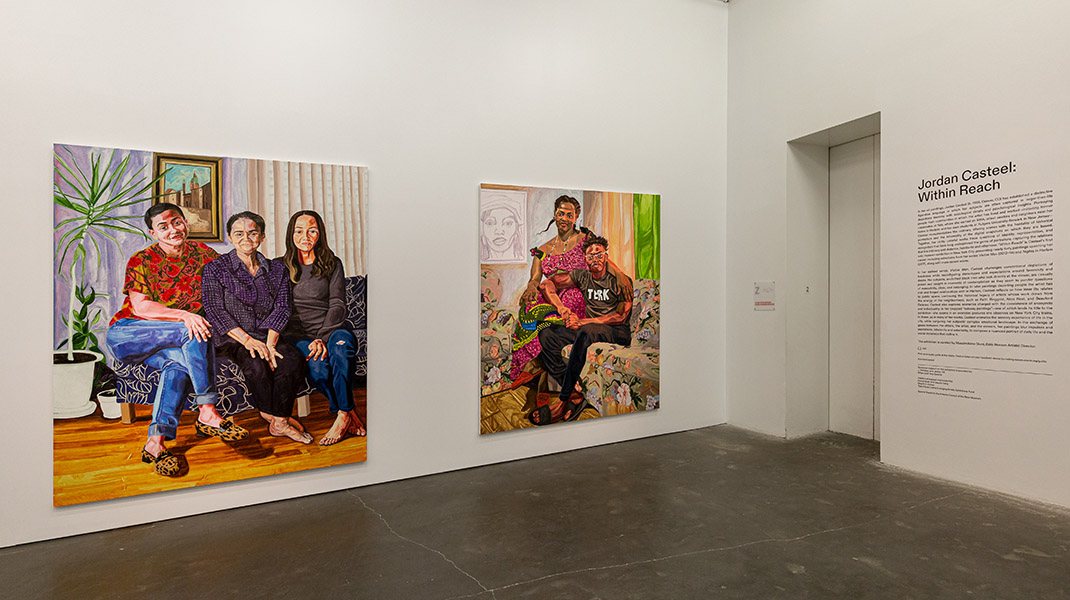 “The New Museum presents Jordan Casteel: Within Reach, an exhibition of work by New York–based artist Jordan Casteel (b. 1989, Denver, Colorado), on view in the Museum’s Second Floor Gallery. Bringing together nearly forty paintings spanning her career, including works from her celebrated series Visible Man (2013–14) and Nights in Harlem (2017), along with recent portraits of her students at Rutgers University-Newark, this is Casteel’s first solo museum exhibition in New York City.

In her large-scale oil paintings, Casteel has developed a distinctive figurative language permeated by the presence of her subjects, who are typically captured in larger-than-life depictions that teem with domestic details and psychological insights.

Portraying people from communities in which she has lived and worked—including former classmates at Yale, where she earned an MFA; street vendors and neighbors near her home in Harlem; and her own students at Rutgers University-Newark in New Jersey—Casteel insists upon the ordinary, offering scenes with both the informality of a snapshot and the frontality of an official portrait. In these richly colorful works, Casteel draws upon ongoing conversations on portraiture that encompass race, gender, and subjectivity, connecting her practice to the legacy of artists like Alice Neel, Faith Ringgold, and Bob Thompson, among others. Casteel’s studies in anthropology and sociology also inform her works, which can often be read as a reflection on the presentation of the self in everyday life and as an investigation of the relationships that tie together intimacy and distance, familiarity and otherness.” — New Museum

*PLEASE NOTE: The New Museum is temporarily closed to the public.