“The Grolier Club unveiled its reconstructed state-of-the-art Exhibition Hall, capping a total renovation of the public spaces in the century-old building. To mark the occasion, The Grolier Club mounted the celebratory exhibition French Book Arts: Manuscripts, Books, Bindings, Prints, and Documents, 12th–21st Century. The approximately 90 works are drawn entirely from The Grolier Club’s own rich and extensive collections.

This inaugural exhibition is a wide-ranging survey of the book arts of France, covering a thousand years of artistic achievements, from Medieval and Renaissance illuminated manuscripts to artists’ books and designer bookbindings of the current generation.  Notwithstanding the many hundreds of public exhibitions that have been displayed at The Grolier Club in its 135 years, it has never before offered such a broad and deep survey of the artistic and typographic monuments of France.

The Grolier Club has maintained a strong Francophile tradition since its founding in 1884, beginning with its name.  The Grolier Club was named for Jean Grolier, the Renaissance collector who was renowned for his patronage of scholars and printers, for the magnificent bindings he commissioned, and for a generous habit of sharing his library with friends.” — The Grolier Club 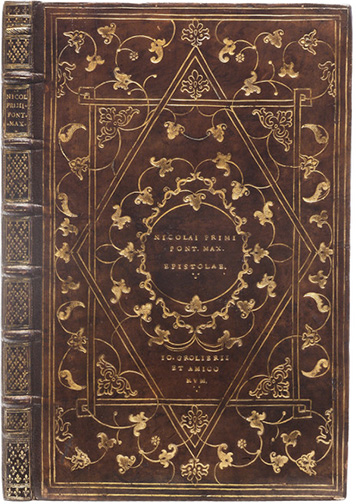 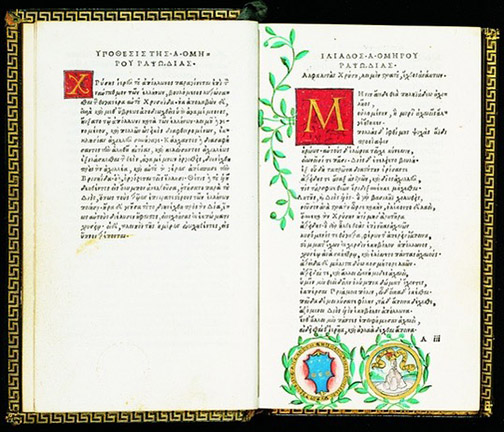 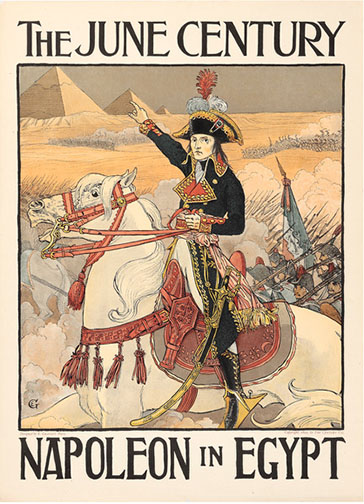 Eugène Grasset. Napoleon in Egypt.  New York: The De Vinne Press for the Century’s Company, 1895. Collection of The Grolier Club