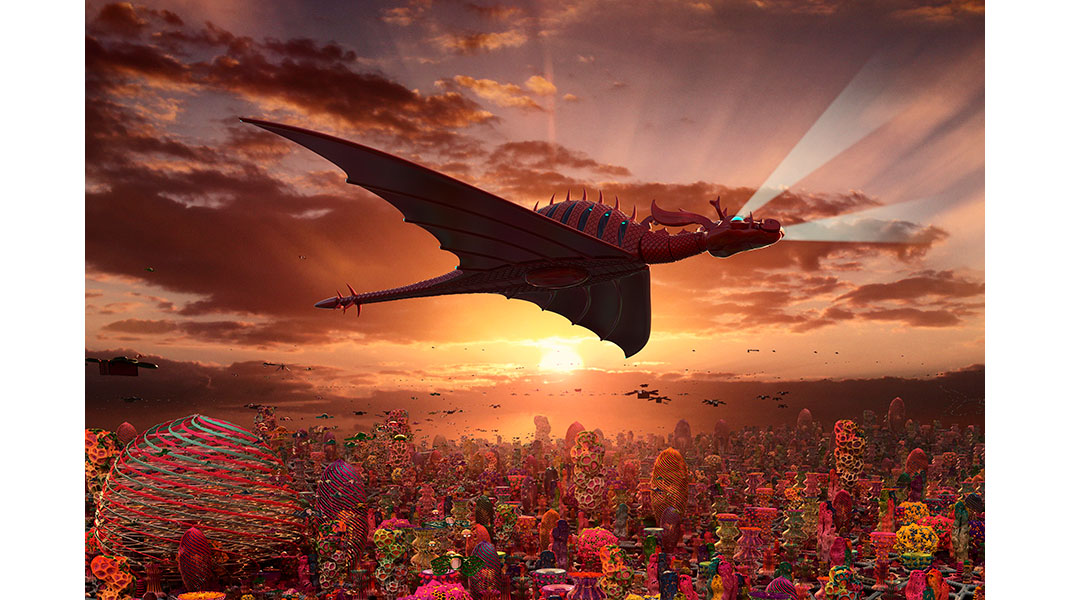 The Russian multidisciplinary artist collective AES+F, together with Italian director Fabio Cherstich, have conceptualized a bold new reimagining of Giacomo Puccini’s opera Turandot. In Turandot , AES+F’s visual language is transposed to the vocabulary of theater, with the artists creating an innovative stage design, including large-scale video installations, and costumes. With Cherstich, AES+F have reimagined the setting of Turandot as a globalized future, refusing all stereotypical ethnic characterizations in costumes and makeup, and hinting at a hybrid and diverse future society.

This new and thoroughly revolutionary interpretation of Turandot  is set in the year 2070 in Beijing, a futuristic metropolis with biomorphic architecture within an artificial landscape. Heading a renewed, gigantic, and multiethnic Chinese empire, Princess Turandot has imposed a radical techno-matriarchy upon society. The masses are a vulnerable and confused society, trained by those in power to tolerate violence; their public displays of adoration for the princess border on idolatry and mass hallucination. In the story’s time setting, our present time is the past. Turandot’s trauma hence stems from our current time.

“I believe my task, as a director is to help the audience travel in time. In doing so I had the luck of working with AES+F, an artists’ collective whose radically contemporary, non-conformist visions helped break through some stereotypes in my understanding of what opera can be”, commented Cherstich.