“Tate Britain presents the first major Burne-Jones retrospective to be held in London for over 40 years. Renowned for otherworldly depictions of beauty inspired by myth, legend and the Bible, Edward Burne-Jones (1833–98) was a pioneer of the symbolist movement and the only Pre-Raphaelite to achieve world-wide recognition in his lifetime. This ambitious and wide-ranging exhibition brings together over 150 works in different media including painting, stained glass and tapestry, reasserting him as one of the most influential British artists of the 19th century.

Edward Burne-Jones charts his rise from an outsider of British art to one of the great artists of the European fin de siècle. Burne-Jones rejected Victorian industrial ideals, offering an enchanted parallel universe inhabited by beautiful and melancholy beings. The exhibition brings together all the major works from across his four-decade career, depicting Arthurian knights, Classical heroes and Biblical angels. Spectacular large-scale paintings like Love among the Ruins 1870-73 and The Wheel of Fortune 1883 shows his international impact, including at the 1889 Exposition Universelle when he emerged on the world stage as the leading light of symbolist art. Two rooms dedicated to the artist’s most famous narrative cycles are shown together for the first time. These huge canvases are among his finest and best-loved works, telling the action-packed story of Perseus and the dreamlike fairy tale of Sleeping Beauty.” — Tate Britain 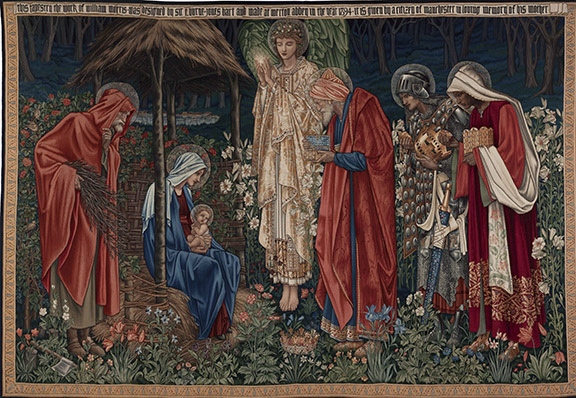 The Annunciation and the Adoration of the Magi, 1861. Oil paint on three canvases. Tate 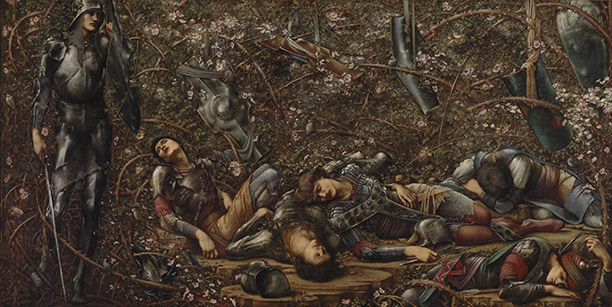 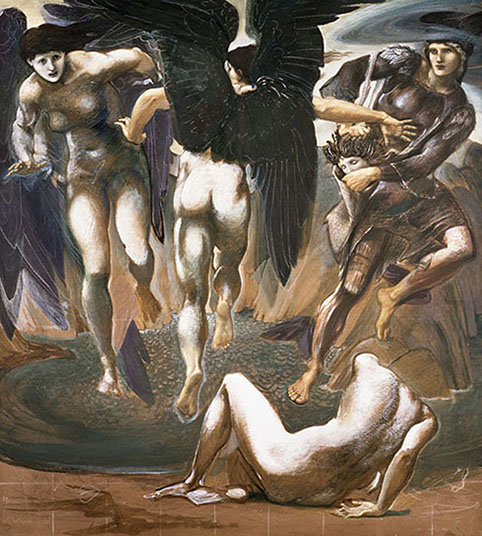 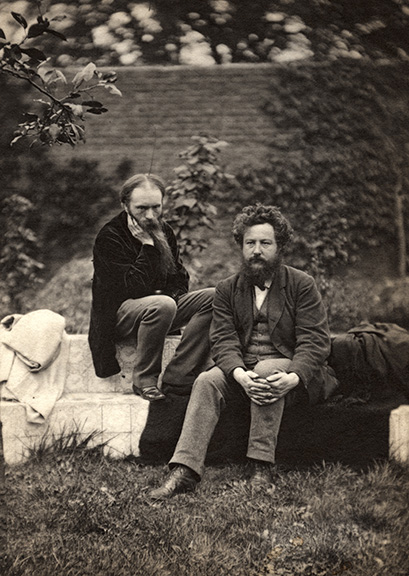