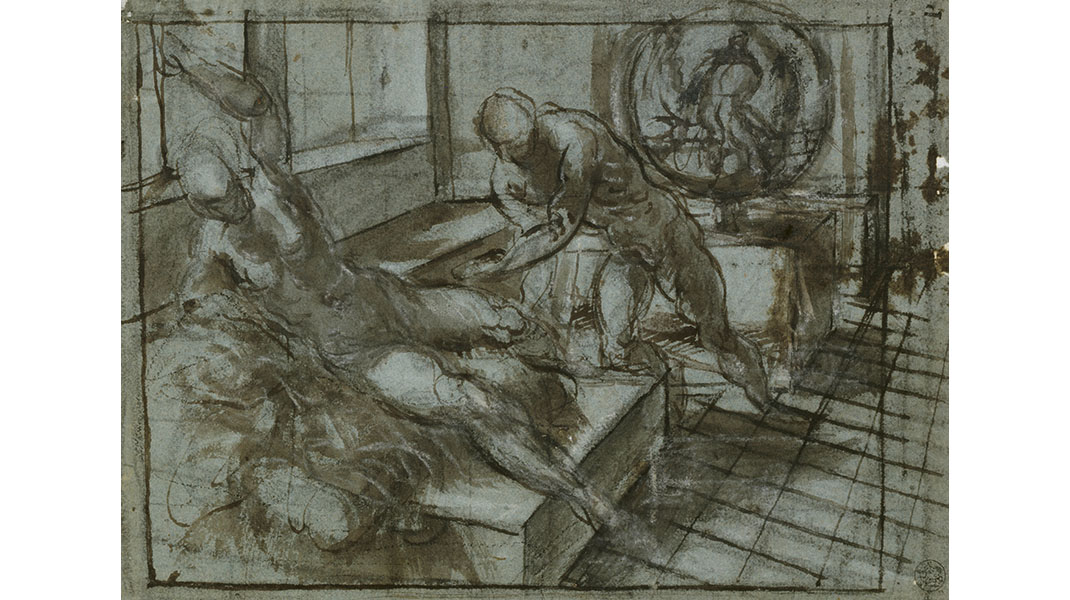 “The dramatic canvases of Jacopo Tintoretto (1518/1519–1594), with their muscular, expressive bodies, are some of the most distinctive of the Italian Renaissance. His drawings, however, have received less attention as a distinctive category in his oeuvre. Drawing in Tintoretto’s Venice is the first exhibition since 1956 to focus on the drawing practice of this major artist. It will offer a new perspective on Tintoretto’s evolution as a draftsman, his individuality as an artist, and his influence on a generation of painters in northern Italy.

Organized to mark the five-hundredth anniversary of the artist’s birth, this exhibition brings together more than seventy drawings and a small group of related paintings. It places Tintoretto’s distinctive figure drawings alongside works by contemporaries such as Titian, Veronese, and Bassano, as well as by artists—Domenico Tintoretto, Palma Giovane, and others—working in Venice during the late sixteenth century, whose drawing style was influenced by Tintoretto’s. The exhibition also features a particularly engaging group of drawings that have recently been proposed as the work of the young El Greco during his time in Italy.” — The Morgan Library & Museum