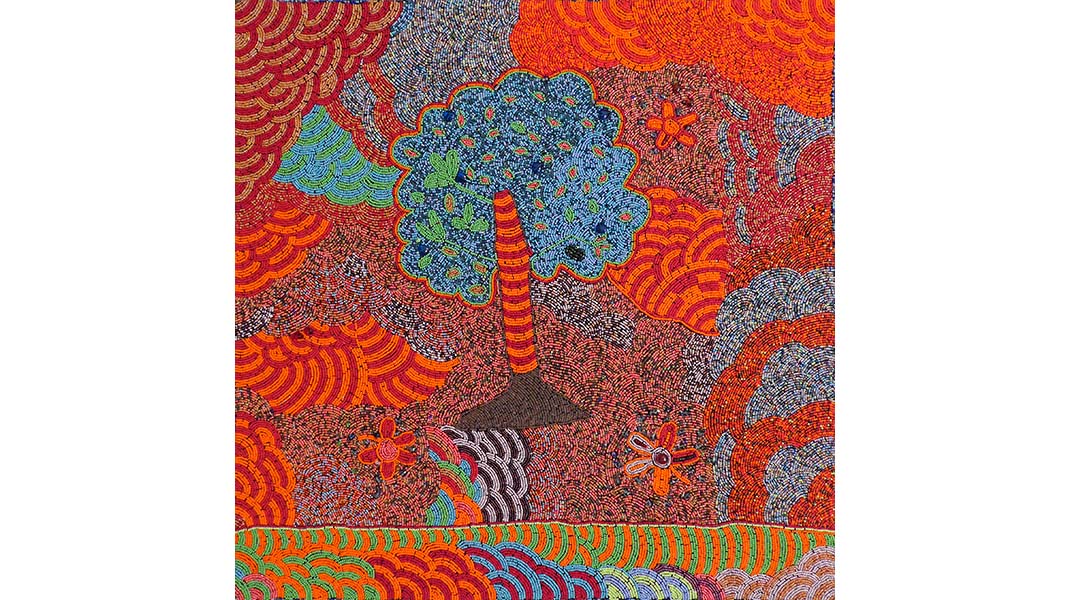 “Experience the color and shine of intricate beaded artworks in Ubuhle Women: Beadwork and the Art of Independence. The exhibition showcases a new form of textile art known as the ndwango and presents a story of rural South African women overcoming hardships and illness to achieve artistic significance and economic independence.

Beadwork is a customary form of artistic expression for South African women and is passed down through the generations. Ubuhle Women was established by Ntombephi Ntobela and Bev Gibson in 1999 on a former sugar plantation in KwaZulu-Natal. It created employment for rural women using the traditional skills many of them already possessed. The plain black fabric that serves as the foundation for the Ubuhle Women’s exquisite beadwork is reminiscent of the Xhosa headscarves and skirts many of the women wore growing up. The artists stretch this textile like a canvas and use colored Czech glass beads to transform the flat cloth into a contemporary art form of remarkable visual depth. Gibson, the visionary of the traveling exhibition, says “the works are so beautiful, there’s nothing to understand.” Ntobela says the women work in their own unique style “directly from the soul” to create abstract and figurative subjects for their ndwangos.” — Chrysler Museum of Art

“There are fascinating, culturally specific elements in these artworks like patterning influenced by traditional Zulu and Xosa clothing and adornment as well as imagery and subject matter that speak to a universal humanity that we all share and can relate to. No matter who we are, we can identify with a person’s sorrow, joy, hopes and journeys of healing,” said Carolyn Swan Needell, Ph.D., the Chrysler Museum’s Carolyn and Richard Barry Curator of Glass.

Ubuhle Women: Beadwork and the Art of Independence was developed by the Smithsonian Anacostia Community Museum, Washington, DC, in cooperation with curators Bev Gibson, James Green, and Ubuhle Beads, and is organized for tour by International Arts & Artists, Washington, DC.