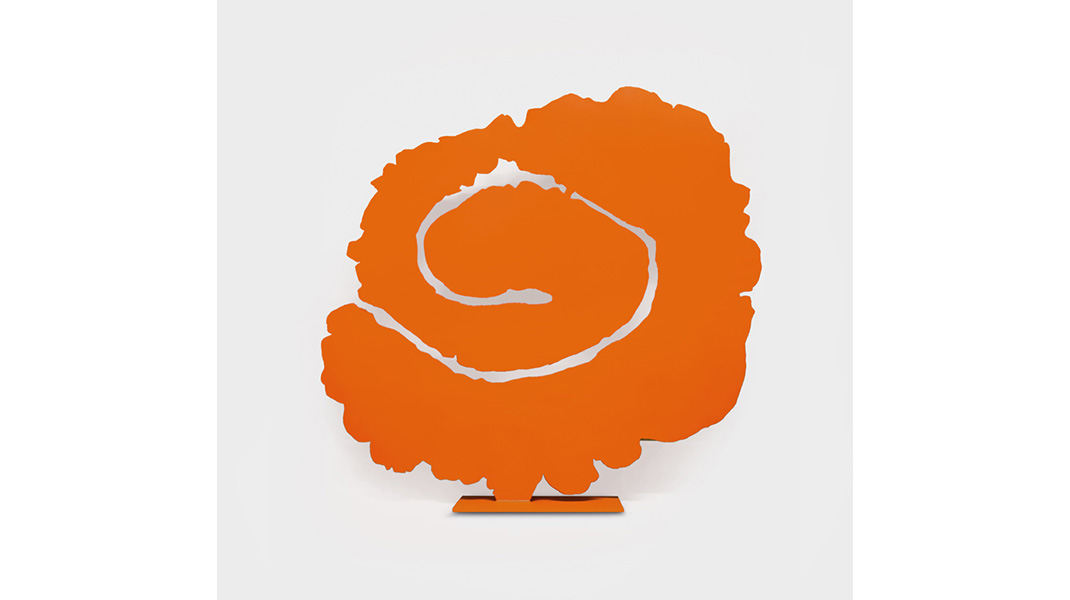 “Consagra is one of Europe’s most renowned post-war sculptors. Born in Mazara del Vallo, Sicily, in 1944 he moved to Rome, the “open city” that was beginning its civic and material reconstruction after the dramatic years of World War II. The artist developed his highly distinctive vision for a new sculpture after a formative visit to Paris in 1946, which marked the beginning of an active dialogue with the international avant-garde, he realized his first abstract sculptures: they were not modelled as a whole, but instead constructed of silhouetted forms built of overlapping planes.

The exhibition brings together pivotal examples of Consagra’s work in redefining the coordinates of modern sculpture: from his early “totemic” pieces from the late 1940s (one of which was acquired by Peggy Guggenheim in 1949) into his most well-known “colloqui” (colloquies) from the 1950s, the key cycle in the development of his frontal sculpture, which granted him the Grand Prize for sculpture at the Venice Biennale in 1960. A room is to be devoted to his bi-frontal coloured iron and aluminium works from the 1960s, which he presented in crucial solo exhibitions at Marlborough Gallery in Rome (1966) and Marlborough-Gerson Gallery in New York (1967): “ferri trasparenti” (transparent iron works), also presented at the Solomon R. Guggenheim Museum in 1967, “piani sospesi” (suspended planes), “piani appesi” (hanging planes), “giardini” (gardens), “inventario” (inventory).

This selection of works, including some rarely exhibited pieces, will be the core of the exhibition, flanked by a special presentation of his “paracarri” (bollards) marble edition (1974), where Consagra highlighted and reinterpreted a characteristic urban presences in Italian cities, the bollard, into a variety of shapes and colours: they will be presented together with his original photographs from Welcome to Italy publication, which is also being republished on the occasion of the London exhibition.” — Robilant + Voena

Pietro Consagra: Frontal Sculpture 1947–1967 is realized in collaboration with the Archivio Pietro Consagra and curated by Francesca Pola.

All images are subject to copyright. They are courtesy Robilant + Voena and Archivio Pietro Consagra .