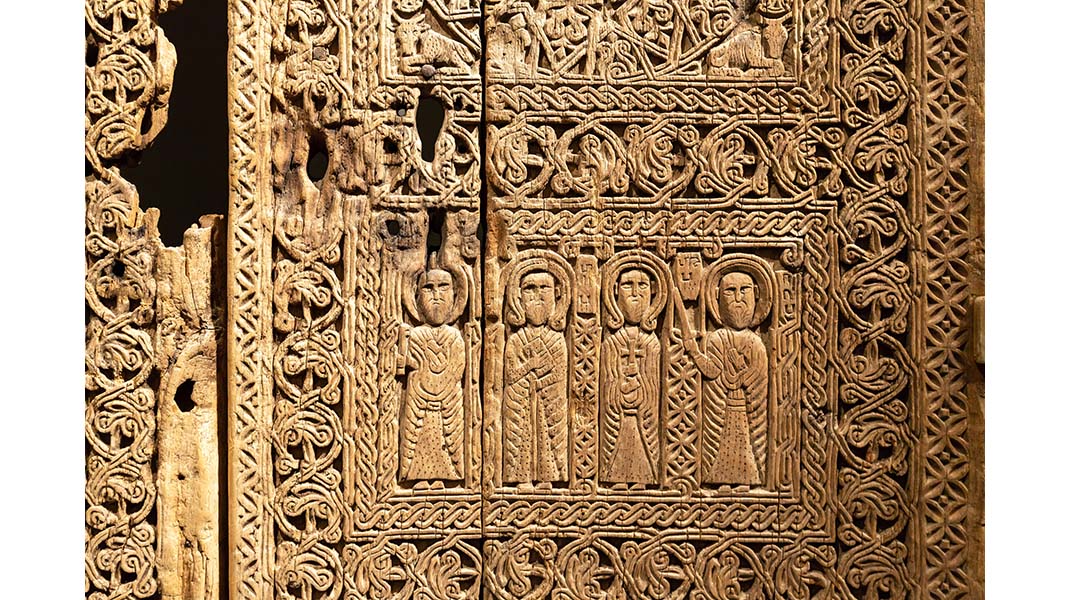 “Armenia! explores the arts and culture of the Armenians from their conversion to Christianity in the early fourth century through their leading role on international trade routes in the 17th century. The exhibition emphasizes how Armenians developed a distinctive national identity in their homeland at the base of Mt. Ararat (widely accepted as the resting place of Noah’s Ark) and how they maintained and transformed their traditions as their communities expanded across the globe.

Major Armenian repositories of their culture provide almost all the works in the exhibition. Most are on view in the United States for the first time; many have not traveled for centuries .” — The Metropolitan Museum of Art

“This is the first major exhibition to celebrate the remarkable artistic achievements of Armenians in the Middle Ages, and the exceptional works of art on view will be a revelation to many of our visitors,” said Max Hollein, Director of The Met. “By examining these magnificent treasures, we can better understand and appreciate the central role that art played in defining and connecting Armenian communities during this time, and how they both influenced and were inspired by styles from other cultures.”

The exhibition was organized by Helen C. Evans, the Mary and Michael Jaharis Curator of Byzantine Art, with the support of C. Griffith Mann, the Michel David-Weill Curator in Charge, Department of Medieval Art and The Cloisters, and the assistance of Constance Alchermes, Research Assistant.