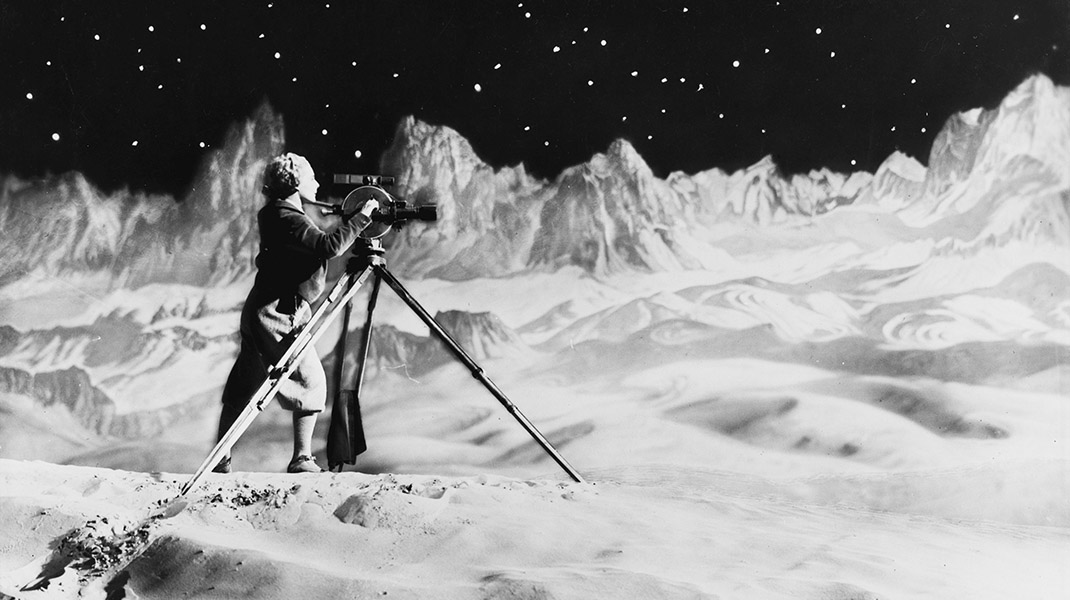 “As the only celestial body whose surface can be seen with the naked eye from earth, the moon has fascinated artists and writers for centuries. Its round white disc has been an open projection surface for myths, imaginings and dreams. When we look out into space, we also see ourselves – and the moon, as absolute otherness, becomes a mirror of the human. Here science and folklore, fiction and technology, existential searching and the urge towards economic expansion all meet. The Moon – From Inner Worlds to Outer Space is an exhibition that mixes the images of art with material from cultural and natural history to emphasize the quest for knowledge and awareness that art shares with other cultural spheres. Through six thematic sections the exhibition shows how changes in the modern Western imagination colour our images of the moon.

At once remote and within reach, the moon is our gateway to a larger universe. It is only a few days’ journey away, so close that the patterns on its surface have preoccupied moonwatchers all over the world. But at the same time it points to the vast infinity that opens up in the darkness behind it: the cosmos, which fundamentally exceed the comprehension of humanity. Perhaps for that reason, the moon remains one of the great basic motifs of our culture. On the one hand it is a symbol of Romantic yearning; on the other it is a natural first stop for space missions. The moon is both – an important icon, where outer space and inner worlds meet.

Louisiana’s exhibition leads up to the 50th anniversary of the first manned moon landing, Apollo 11, in 1969, and the moon landing will be one of the focuses of the exhibition, as a provisional culmination of the deeply rooted cultural conceptions that were invested in the space race. The moon landing was not only a techno-logical breakthrough; it was a spectacular and thoroughly aestheticized event that was transmitted and distributed globally in images – and was both anticipated and interpreted in the visual art and the broader visual culture of the 1960s.” — Louisiana Museum of Modern Art

The exhibition was organized by the Louisiana Museum of Modern Art, Humlebaek and will be shown subsequently at Henie Onstad Kunstsenter in Oslo. It was put together by curator at Louisiana, Marie Laurberg, who in recent years has engaged in in-depth research on the significance of the moon for art and culture from Romanticism to contemporary art.