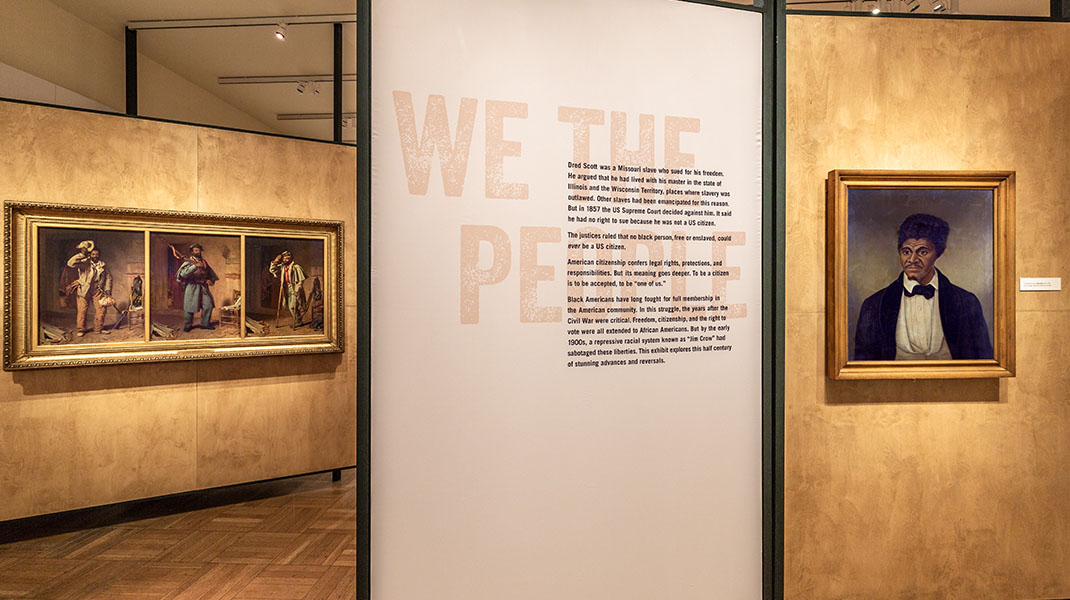 “The New-York Historical Society announced a new initiative to dedicate renovated, prime rotating gallery space to the topics of freedom, equality, and civil rights in America. Launching in fall 2018 with the inaugural exhibition Black Citizenship in the Age of Jim Crow, the galleries will primarily explore the long struggle of African Americans for full rights as citizens, including the right to be accepted and to feel safe, with future exhibitions widening the lens to include other historically marginalized groups.

Black Citizenship in the Age of Jim Crow examines the meaning of citizenship for African Americans following the abolition of slavery through Reconstruction and the Jim Crow era. Opening to mark the 150th anniversary of the ratification of the Fourteenth Amendment, the exhibition is organized chronologically from the end of the Civil War to the end of World War I and highlights the central role played by African Americans in advocating for their rights. It also examines the depth and breadth of opposition to black advancement, including how Jim Crow permeated the North. Art, artifacts, photographs, and media illustrate these transformative decades in American history and their continuing relevance today.” — New-York Historical Society

“At a time of great urgency for public understanding of the nation’s founding principles of freedom and equality—and in the context of the long struggle of Americans, in particular African Americans, to ensure that these principles apply to all—the New-York Historical Society aims to educate the public about the roots of contemporary civil and equal rights movements in the Constitution and its Amendments over time,” said Dr. Louise Mirrer, president and CEO of New-York Historical. “Establishing these dedicated spaces throughout the museum builds on our long and sustained record of exhibitions and programs around the history of America’s diversity, ranging from our acclaimed exhibition Slavery in New York (2005) to more recent shows exploring the Latino, Asian American, and Jewish American experiences. Above all, this landmark initiative responds to our deep conviction that telling the story of American history is important, but that it is inadequately known, taught, and understood today.”