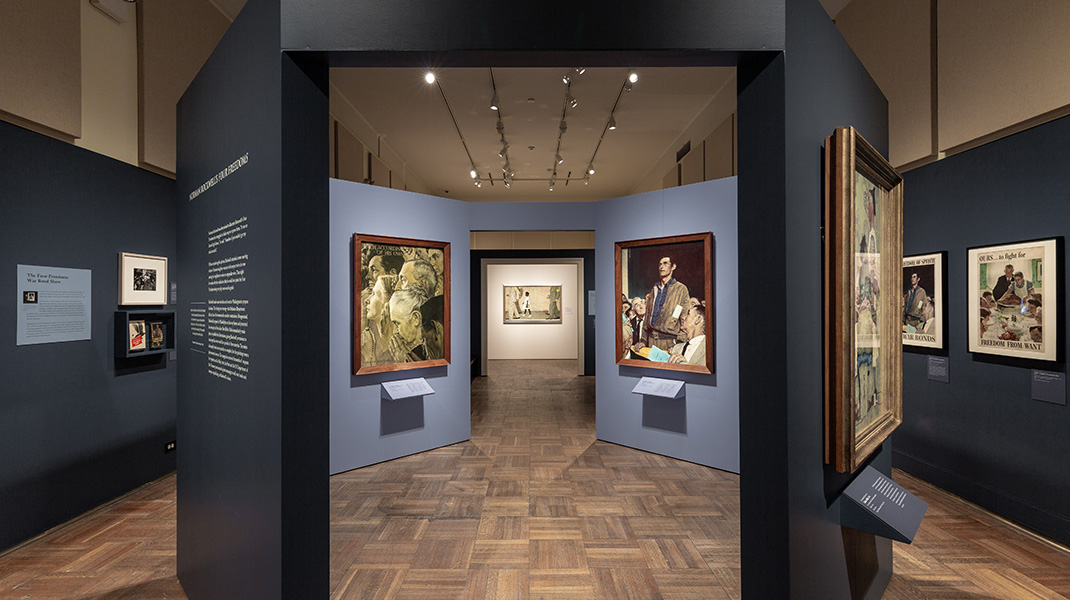 “Rockwell, Roosevelt & the Four Freedoms explores the odyssey of humanity’s greatest ideals. The Four Freedoms have inspired dozens of national constitutions across the globe, yet Franklin D. Roosevelt’s 1941 declaration that the United States was willing to fight for Freedom of Speech, Freedom of Worship, Freedom from Want, and Freedom from Fear did not turn out to be the immediate triumph envisioned by the president.  As the nation found itself sliding ever closer to direct involvement in World War II, the underlying meaning of his words captured surprisingly little attention among Americans.

It would take the continuous efforts of the White House, the Office of War Information, and scores of patriotic artists to give the Four Freedoms new life.  Most prominent among those artists was Norman Rockwell. His images, first published in The Saturday Evening Post in 1943, became a national sensation and the definitive embodiment of the president’s ideals. When Eleanor Roosevelt convinced United Nations delegates to include  the Four Freedoms in their postwar statement of human rights, FDR’s words—now forever entwined with Rockwell’s images—achieved immortality.

The Four Freedoms resonate as strongly today as they did in their time.” — Introductory Wall Text

Rockwell, Roosevelt & the Four Freedoms debuts at the New-York Historical Society as part of an international seven-city tour. Organized by the Norman Rockwell Museum in Stockbridge, MA—where the tour culminates in 2020 after traveling to five additional U.S. venues as well as Normandy, France.